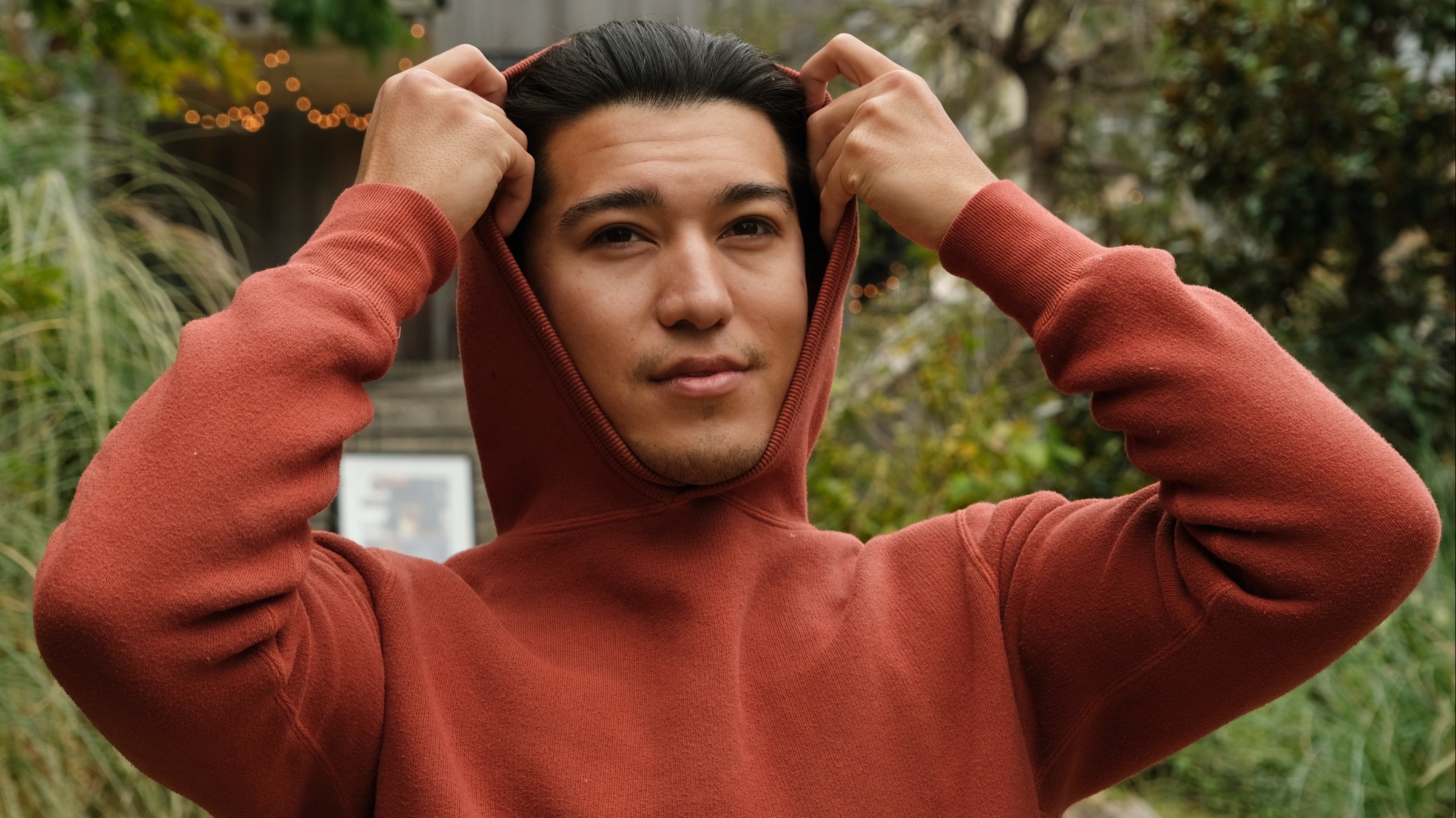 As an island nation, Japan retains a rich culture & history steeped in local tradition. Like most things “Japanese” though, the origins are in many cases derived from China and/or other parts of Asia. Unbeknownst to most, several tangents of Japan’s most popular cultural elements were brought to Japan by the Portuguese when they first arrived to Japan as Jesuit Missionary’s in 1543. Japanese words/concepts like Kabocha (Pumpkin), Igirisu (England), Kasutera (Castella cake) & Tempura (deep fried foods) all trace their etymology to Portuguese words and culture.
Similarly, many facets of the culture of craft in Japan may not have been possible without the introduction of certain fabrics, dyes and construction techniques. For our eighth collaboration with Loop & Weft, we set about celebrating a particularly historical dye that is culturally connected to Indian and Portuguese heritage. In tandem with our ongoing 10th Year Anniversary collaboration projects, we combine Bengara dye with one of the softest sweat fabrics we have ever come accross. Limited to just 58 pieces, we are stoked to bring to you our inaugural Hooded Sweatshirt collaboration with Loop & Weft.

A mud dye directly derived from the Earth's soil, the etymology of the word "Bengara" is from the Bengal region of India, where this natural dye was first discovered and eventually brought to Japan during the 16th century by the Portuguese.
An ecological & sustainable form of dyeing, the main element within Bengara dye is iron oxide, which is combined with water to create the dye that is hand kneaded into this article of clothing to coat the fabric with the earthy rust red color tone. With applications spanning well beyond apparel, Bengara was often used to color lacquerware, ceramics and even the external wooden walls of traditional Japanese dwellings.
Each individual hoodie has been garment-dyed by hand in order to achieve the perfect rust red hue. This tedious process requires the careful attention of a dyeing Shokunin  (Craftsman) in order to ensure the dye penetrates the Tompkins Knit fabric in a balanced manner.

The Tompkins Knit fabric is quite possibly one of the softest sweat fabrics that we have ever stocked, and it is thanks to the purveyors of "Best Knitwear in Japan", that production of these garments is still kicking. It is well known that Loopwheel is the standard for premium quality when it comes to sweatshirt material, with only two factories left in Wakayama still able to produce the esteemed fabric.
Looking for a sweatshirt with an inner that feels like a Lambswool sweater? Tompkins is the answer, look no further. The Tompkins Upright Rotary Knitting Machine, a rare vintage find (especially in Japan), creates a balanced fabric with its slow and steady pace. This produces a fabric that is similar in texture and weight to sweat jersey knit in the late 1800s.

Featuring ribbed construction on the kangaroo pocket, 4 needle flat seam sewing construction & the quintessential vintage hoodie detail, the post attached hood. A detail born out of necessity, athletes & laborers alike wanted protection from the elements, and Champion stitched on hoods to their classic crewneck sweatshirts starting in the late 30s.
While most sweatshirts are produced using a thicker thread (30-ban in Japanese), the production of these Tompkins sweatshirts use a thinner 40-ban yarn to create a fabric that gives any Loopwheel sweatshirt out on the market a serious run for its money. This also helps to ensure the perfect balance between stretch and retention of the fabric over a long period of wear.
Model is pictured wearing a size M. He weighs 66kg (145 pounds) and is 175cm (5’7”) tall.
Size - CM
expand_less
expand_more 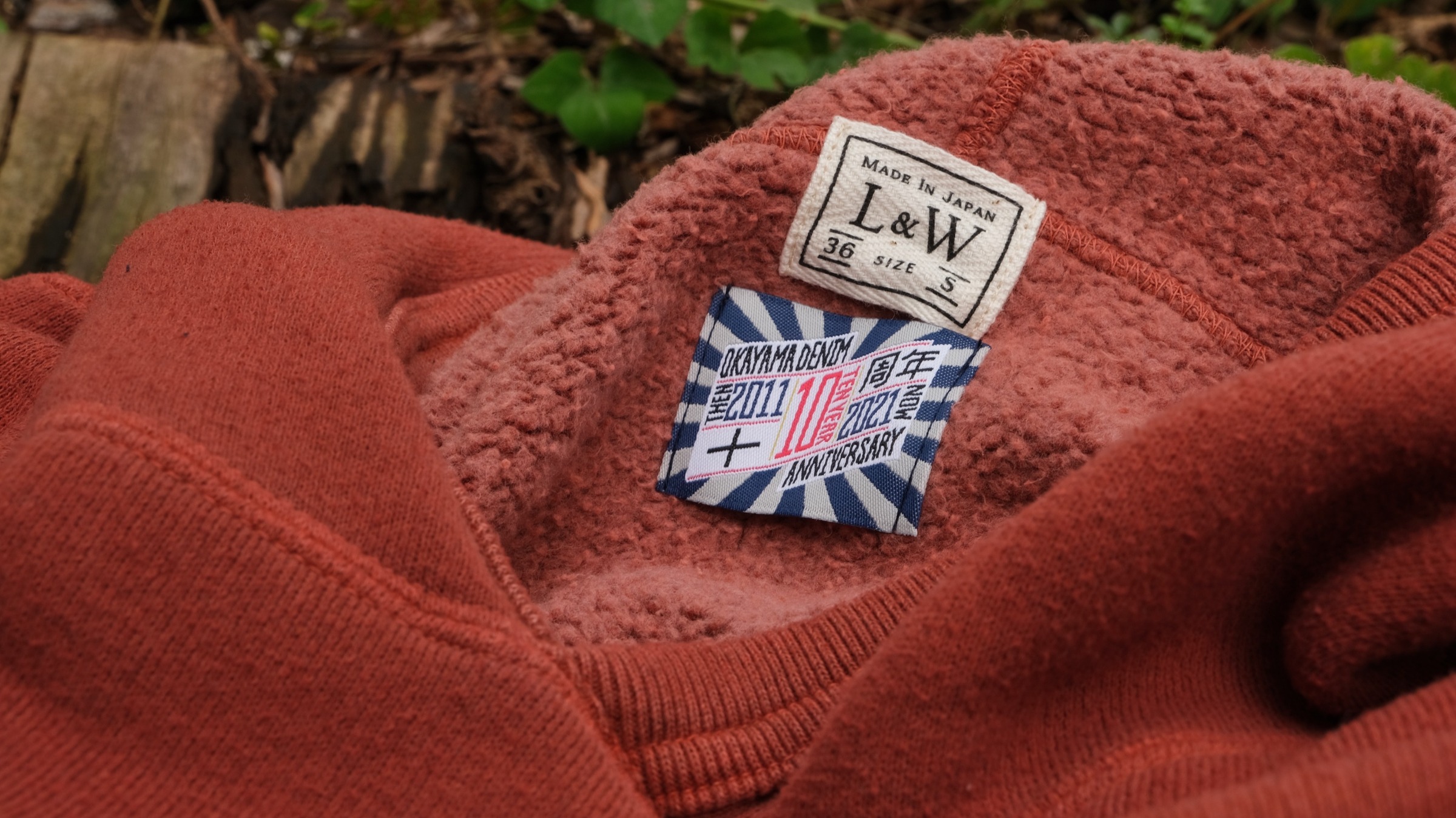