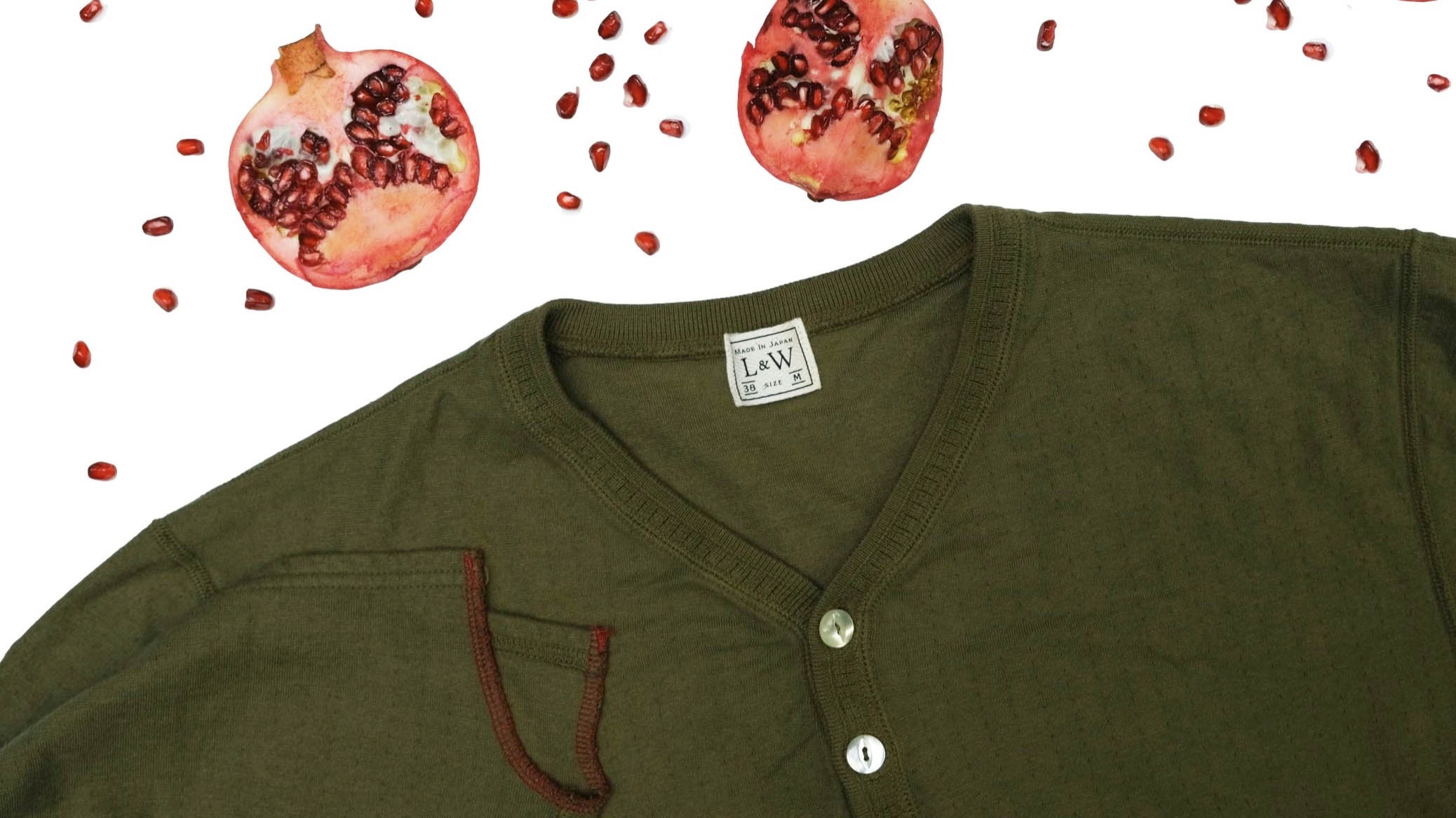 Summer rays are real now here in Japan, and what better way to celebrate the season than with a fresh collab from the purveyors of “Best Knitwear” in Japan. Our love for naturally derived dyes knows no boundaries, and we are stoked to introduce to you one such dye that we are using for the first time. For our tenth collaboration with Loop & Weft, we combine meticulous construction with a 100% naturally occurring ザクロ染め (or Pomegranate dye). And we’re not just tossing around the term Natural Pomegranate, we mean purely naturally derived. With the dye developed and derived from the Pomegranate fruit itself, the extracted natural tannin is then applied to garment dye our collaborative tees, one piece at a time.

Historians claim that pomegranates or “Zakuro” (ザクロ) had made their way over from Europe to China in the 3rd century, with records of them appearing in Japan as early as the 8th century. Nowadays, the Pomegranate tree can be seen growing in gardens and fields across Japan. While mostly considered an ornamental tree, the fruit itself has seen different uses over the years. One example are the seeds of the pomegranate being used to make “Zakuro-shu” (pomegranate liquor), a common homemade drink enjoyed by those who grow the fruit.

The pomegranate also holds a special cultural significance in Japan, with its connection to “Kishibojin”, a popular Goddess of childbirth and motherhood. This deity can usually be seen, in sculpture or painting, holding a pomegranate in her right hand. Symbolically, the seeds of the pomegranate represent fertility. Pomegranate motifs are also often found adorning the many famous temples dedicated to this Goddess, who started out on the long cultural journey to Japan as the Hindu Goddess “Hariti”. 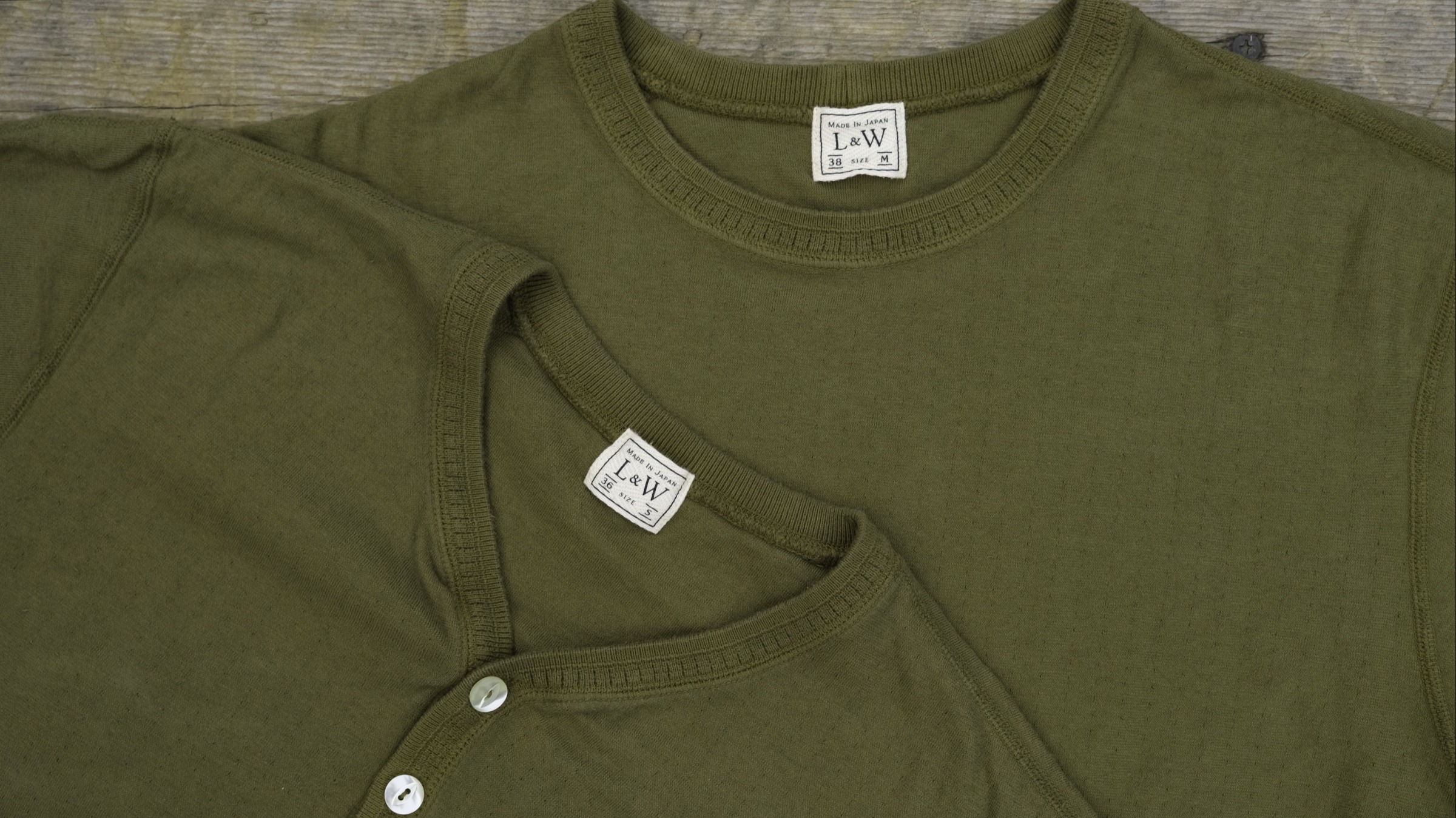 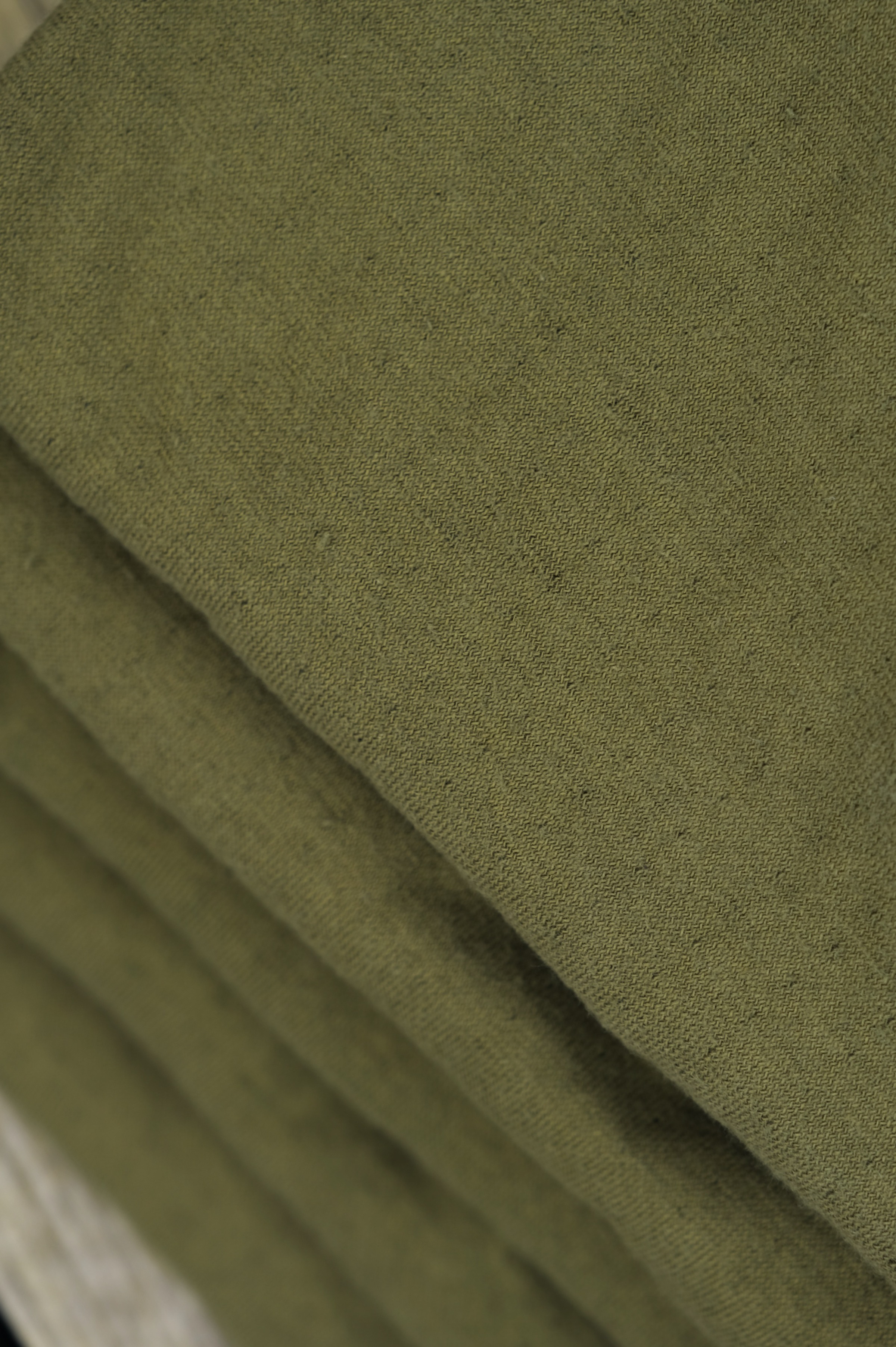 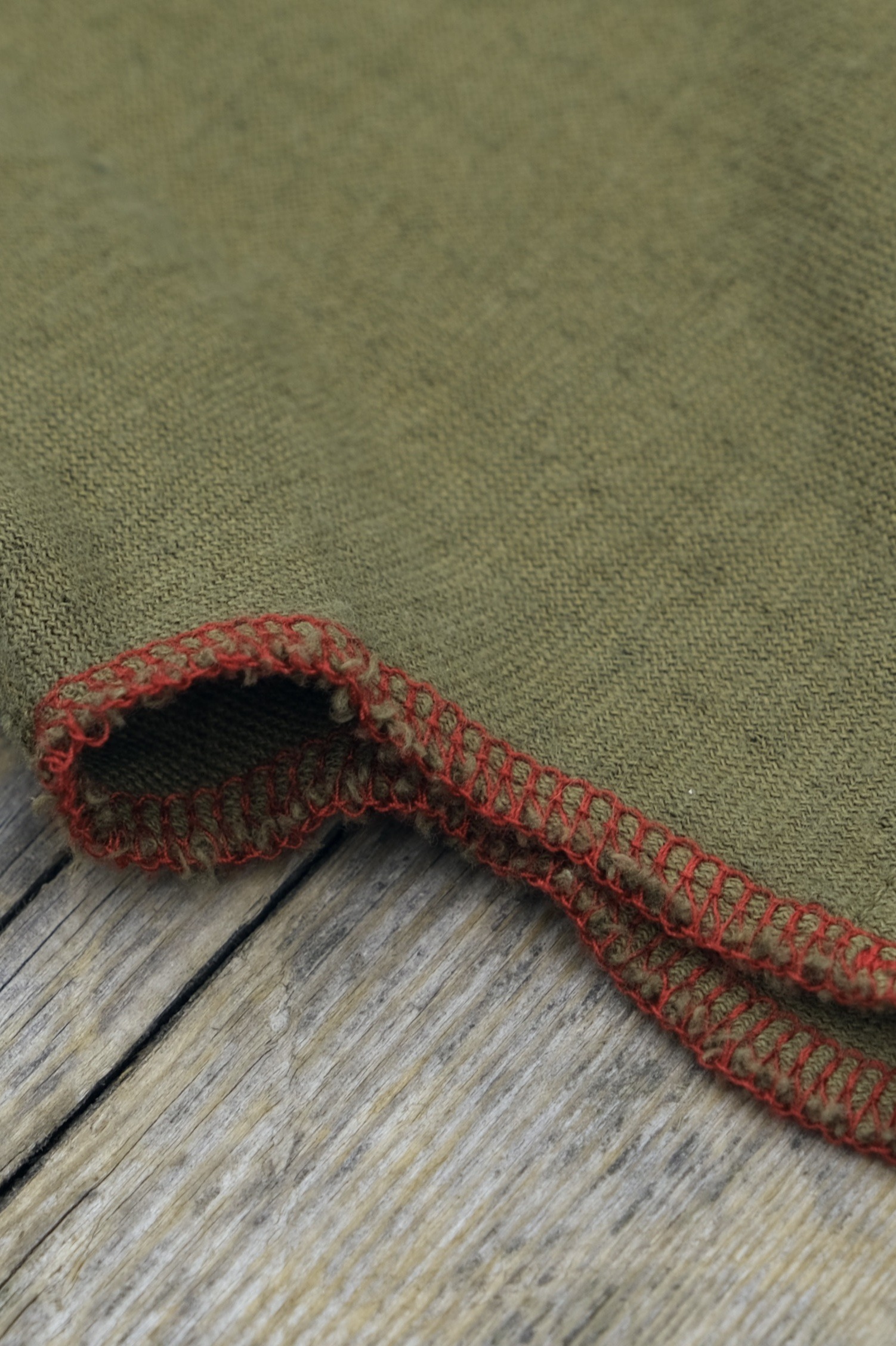 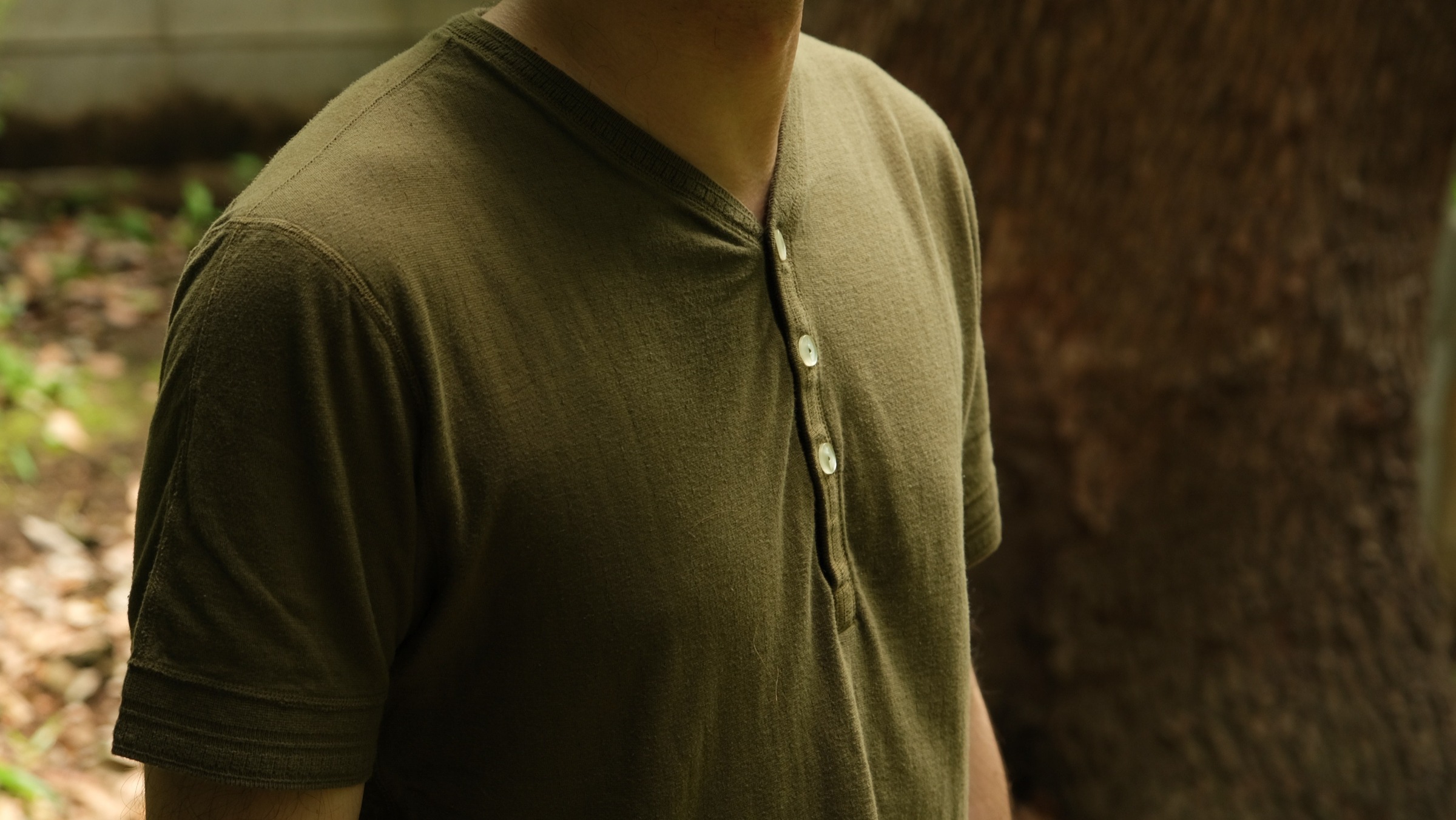 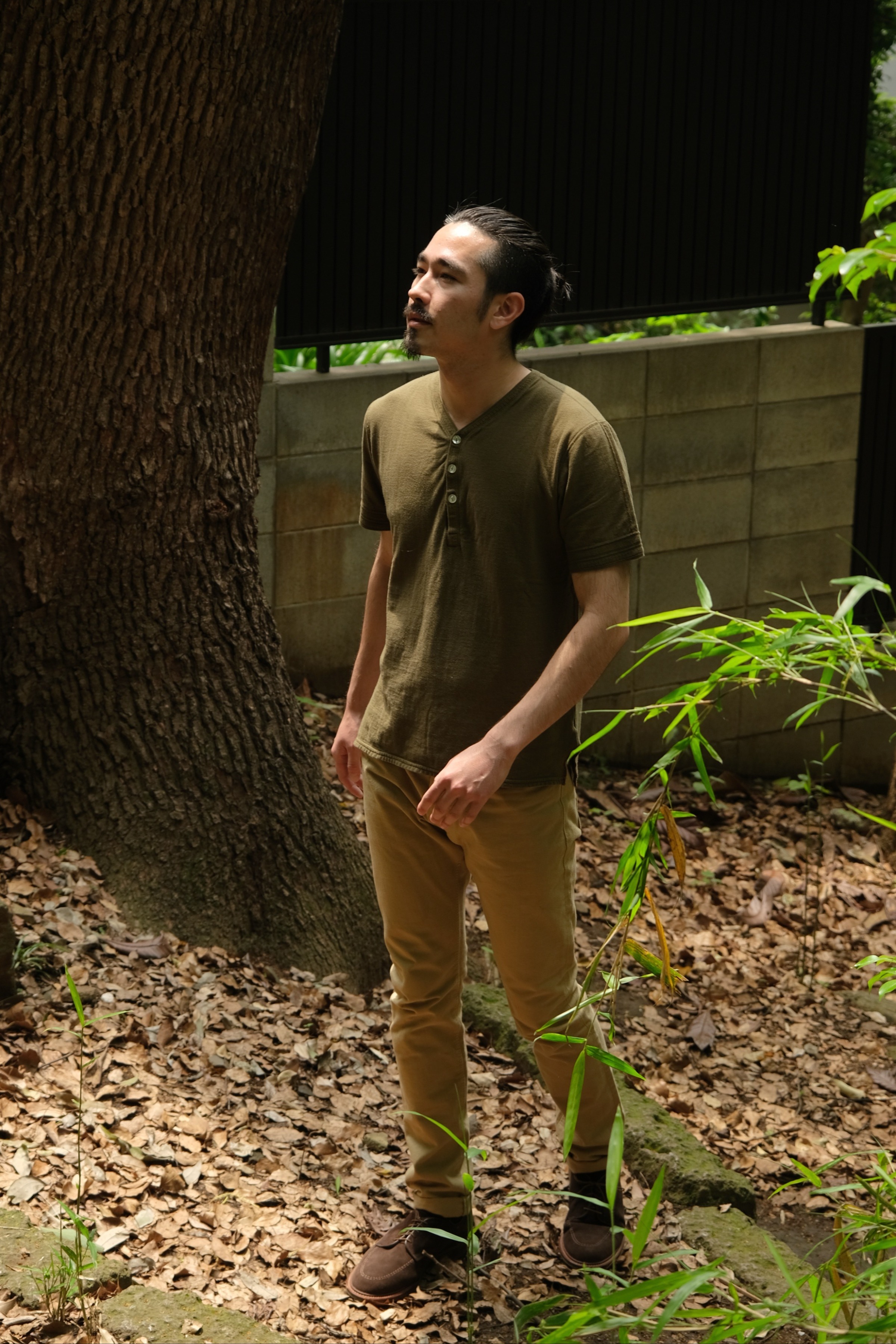 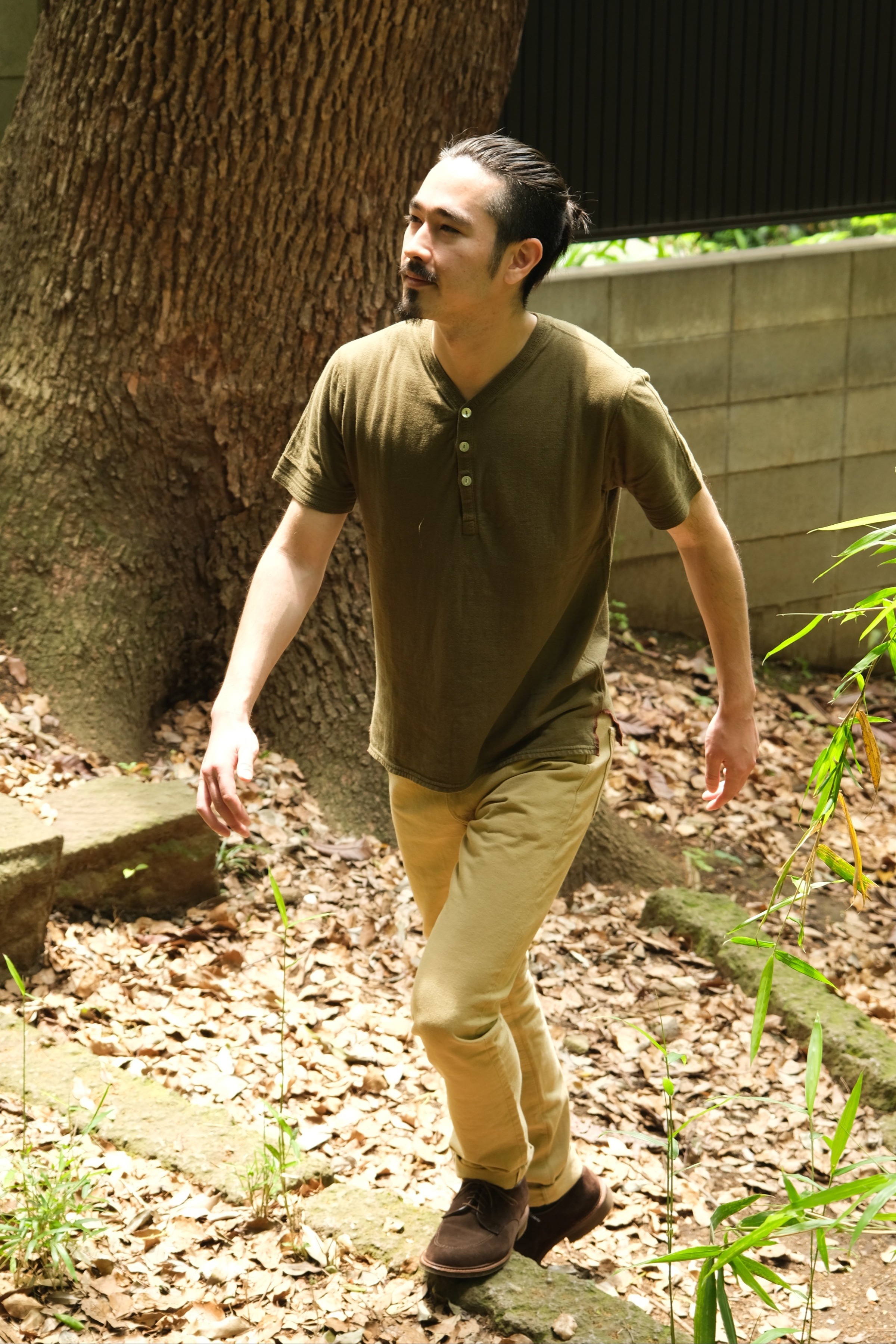 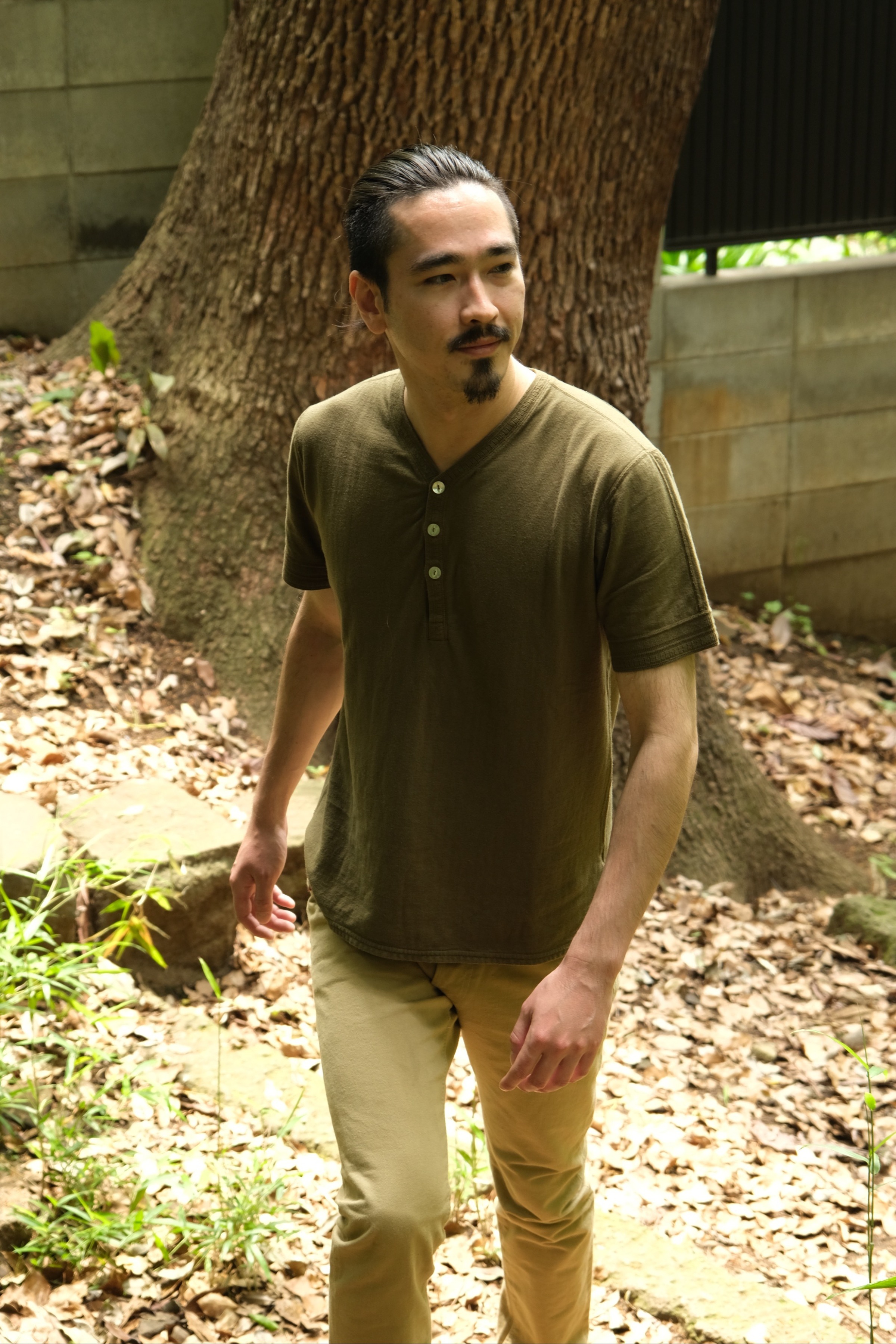 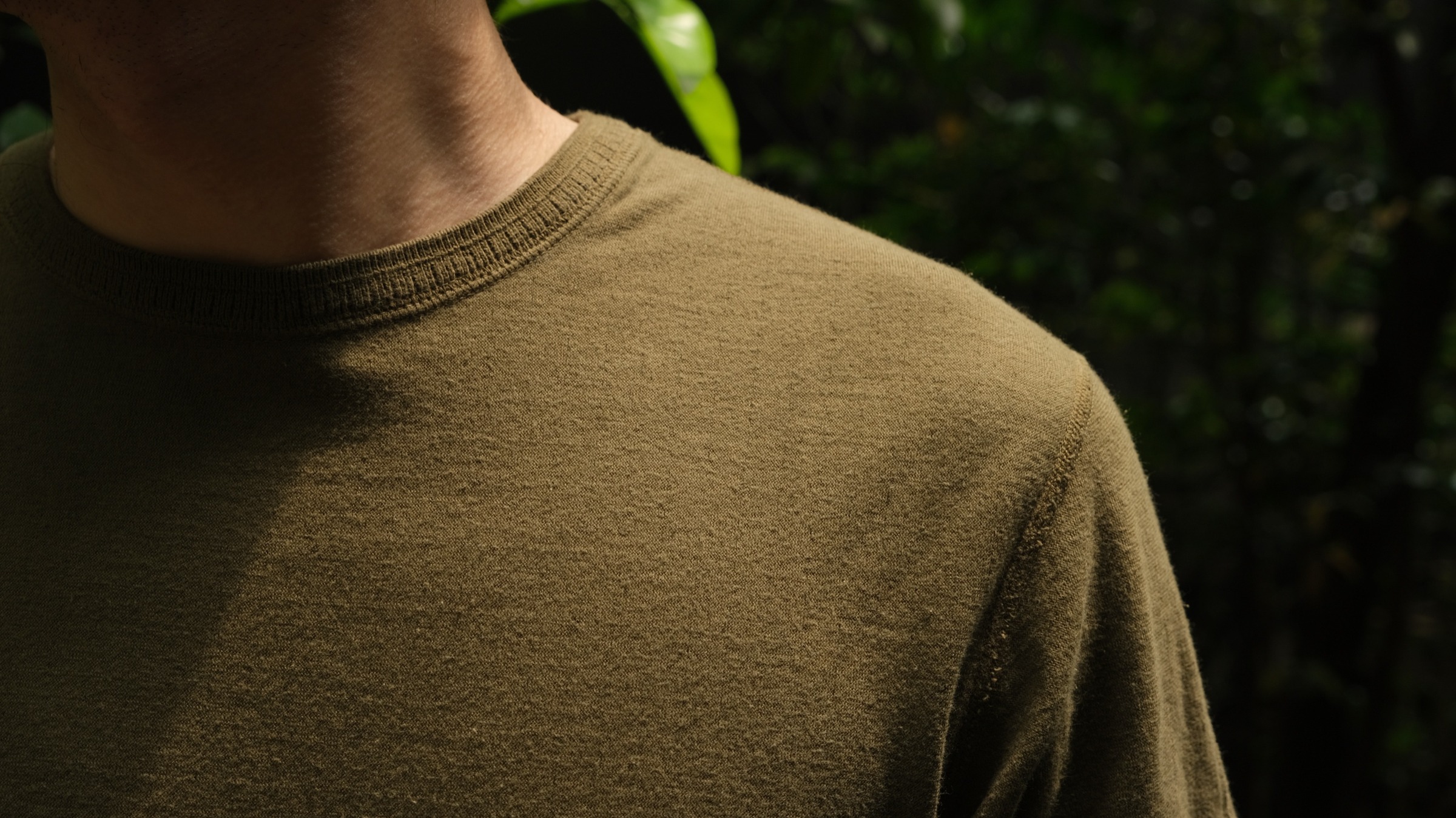 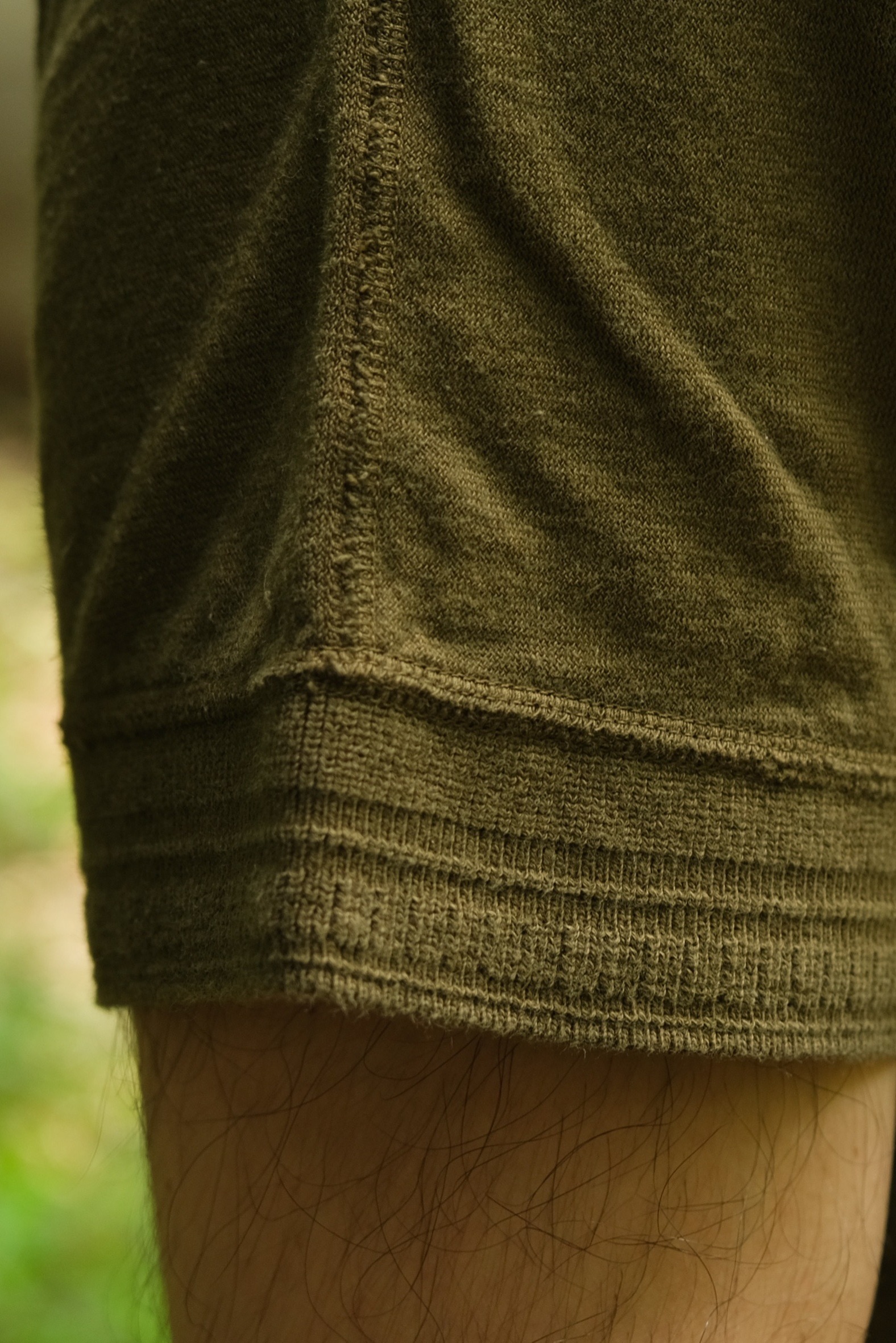 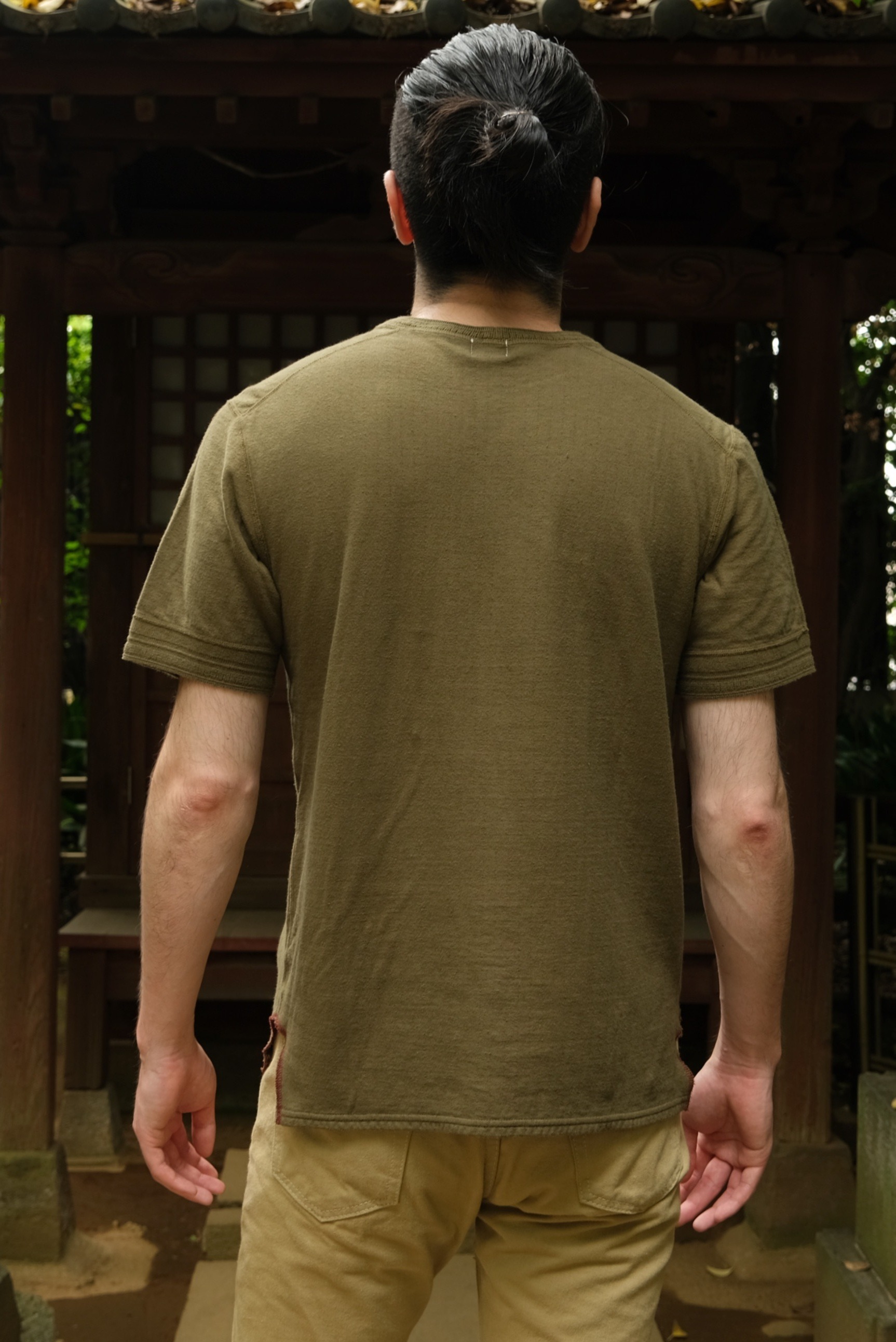 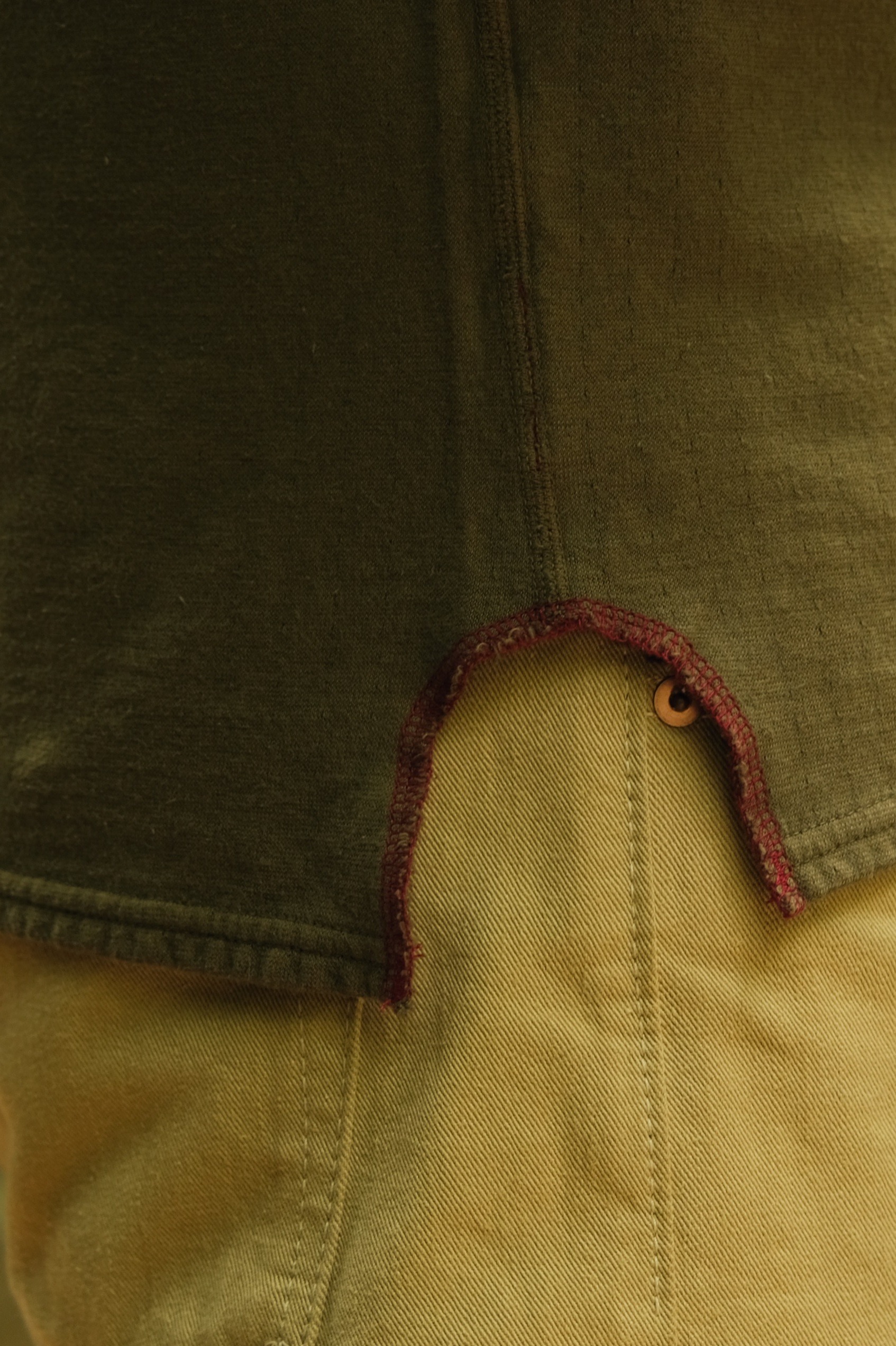 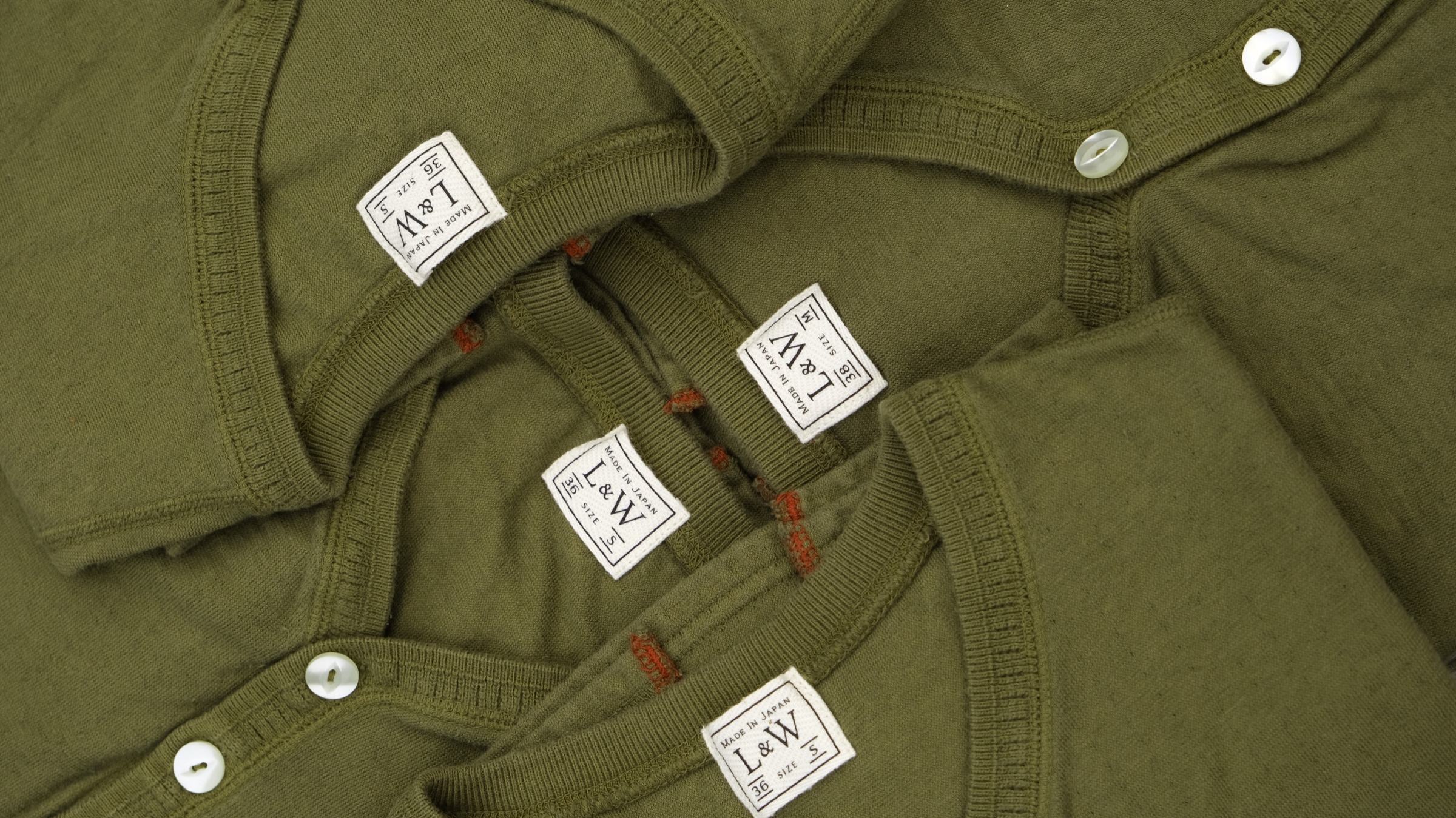