The Art of Sashiko

You may have heard of Sashiko before – the literal translation is ‘tiny stabs’ and refers to small running stitches traditionally used to stitch multiple layers of fabric together for warmth and to repair and reinforce damaged fabric. Like many traditional crafts, the exact origins of sashiko have been lost in the mists of time but is thought to have originated around 400 years ago in the Edo period (1603 – 1868). 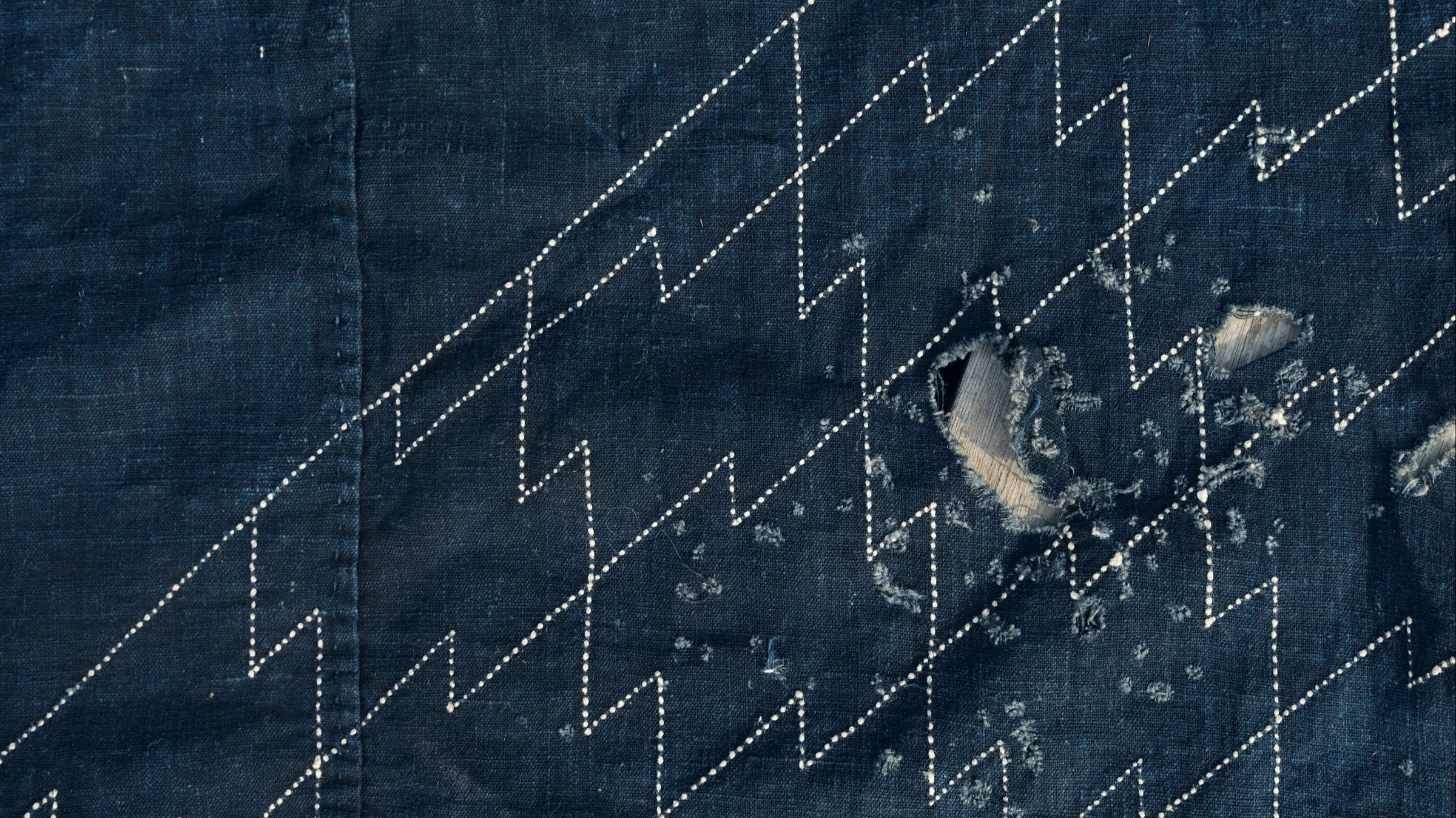 The northeastern region of mainland Japan is known as "snow country", and for good reason. Winters were (and still are) bitterly cold, with heavy snowfall. Combatting the cold is a necessity of life. In the mid-1700s, lower classes in the region were banned from wearing cotton and switched to wearing linen.

Lined tended to fray easily and needed extra repairs and stitching to reinforce it. Given its breathable nature, linen is far more suited to summer than to winter. To combat this, people used sashiko running stitches to stitch multiple layers of fabric together to trap air between each layer and create a warm, hardy garment.

As well as this, the Edo period was a time when everything was handwoven, and hand made. The amount of time and effort that went into making a single garment was significant. Hence, if something ripped or wore out, it was far more economical to repair it rather than replace it.

The art of Sashiko was born from this necessity.

Sashiko traditionally consists of white thread stitched onto indigo-dyed fabric. Indigo was primarily applied given its affordability and wide availability, along with restrictions on what colors certain classes were allowed to wear. There are many different geometric sashiko patterns, some of which symbolize plants, waves, fishing nets, and so forth.

As well as variations in pattern, there are many different regional variations of sashiko such as gokin-zashi which originated in modern-day Aomori Prefecture. Gokin-zashi was often used to reinforce areas of garments such as the shoulders and back that would experience the most wear and tear from heavy farm work.

Sashiko proliferated south and eventually made it to the capital of Japan, to Edo (now Tokyo). Edo was a tightly packed, fast-growing metropolis that constantly battled blazes that tore through largely wooden neighborhoods. Fires were so frequent that it was said that “fires and fights are the flowers of Edo”. Firefighters wore heavy coats made of several layers of fabric held together with sashiko stitches and soaked with water to protect them from the blazes.

These coats are called hikeshi banten and had one side that was richly decorated and worn against the skin, with the outside being plain aside from the name of the firefighting brigade they belonged to. 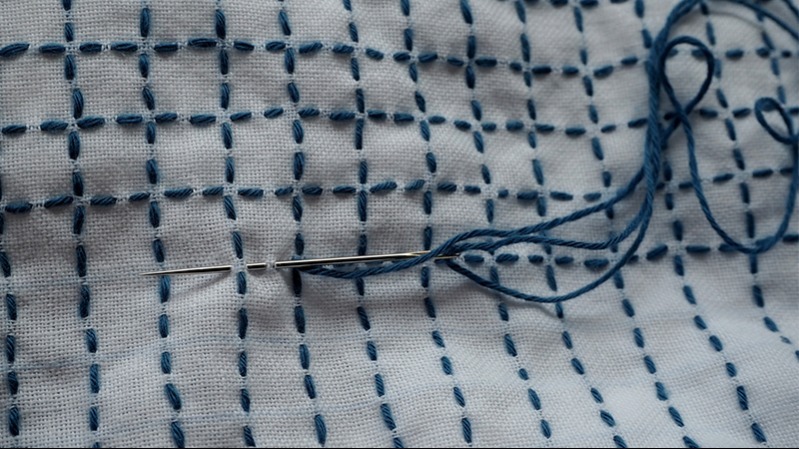 Sashiko is still widely practiced today, both as a craft and an art. It has gained popularity and recognition, featured in many different museums, art galleries, and fashion across the world. We have a variety of garments made with sashi-ori (刺織) fabric, which is woven to mimic sashiko, peruse our collection here.