Human relationships have been the pinnacle of our success in this Selvedge game. Entering our 11th year as a company, we’ve been privileged to be in a position to share great Japanese Selvedge, and turn our unique ideas and concepts into wearable art through our collaborations.

Change is the name of the game, and sometimes it occurs when you least expect it. The Japan Blue Group, which comprises of the Collect Fabric Mill, Japan Blue Jeans, Momotaro Jeans, Negative Denim, etc., were recently acquired by a Japanese private equity firm, Karita & Company, with the completion of the sale occurring on January 31st, 2022. The former founders, including Hisao Manabe, retain a 15% ownership of the company, while the Karita & Co. private equity firm now own 85% of the Japan Blue Group.

Our friendship and working relationship began with the brand in 2012, just a few months after the launch of the site. We met a member of the sales team of Momotaro Jeans at a denim event in Osaka in early 2012, and the rest is history! First, selling both Momotaro Jeans & Japan Blue Jeans as an online retailer, eventually working up to collaborating on a whole series of projects with the brands.

What this change means for the future of the Japan Blue Group is still not entirely clear to us, but for now we are steamrolling along with the future collaborations and projects that have been planned with the company. Our only hope is that we can continue bringing great Japanese Selvedge to the world, and this change will not affect our core ethos and direction as a company. 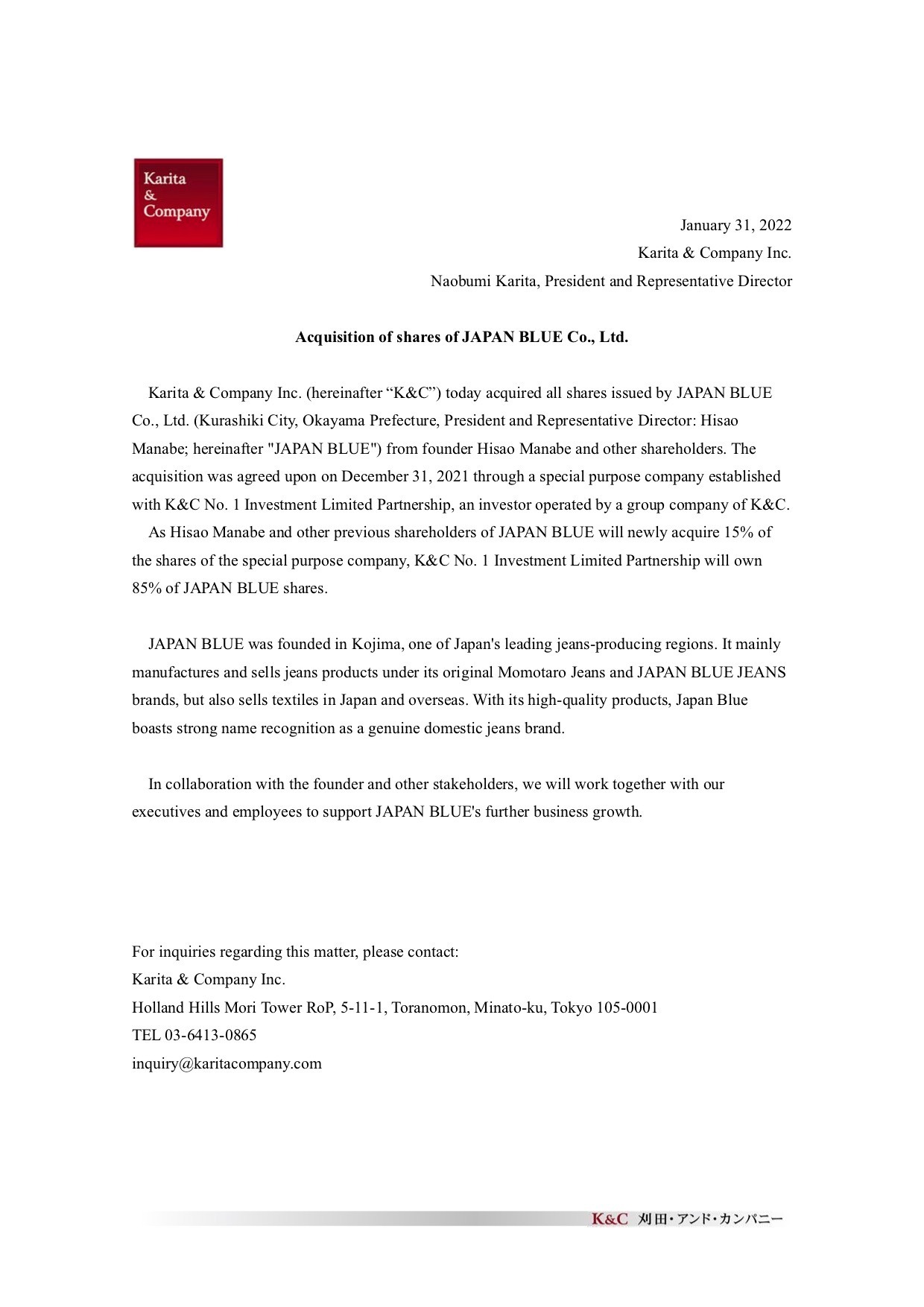