The latest arrivals from Samurai Jeans 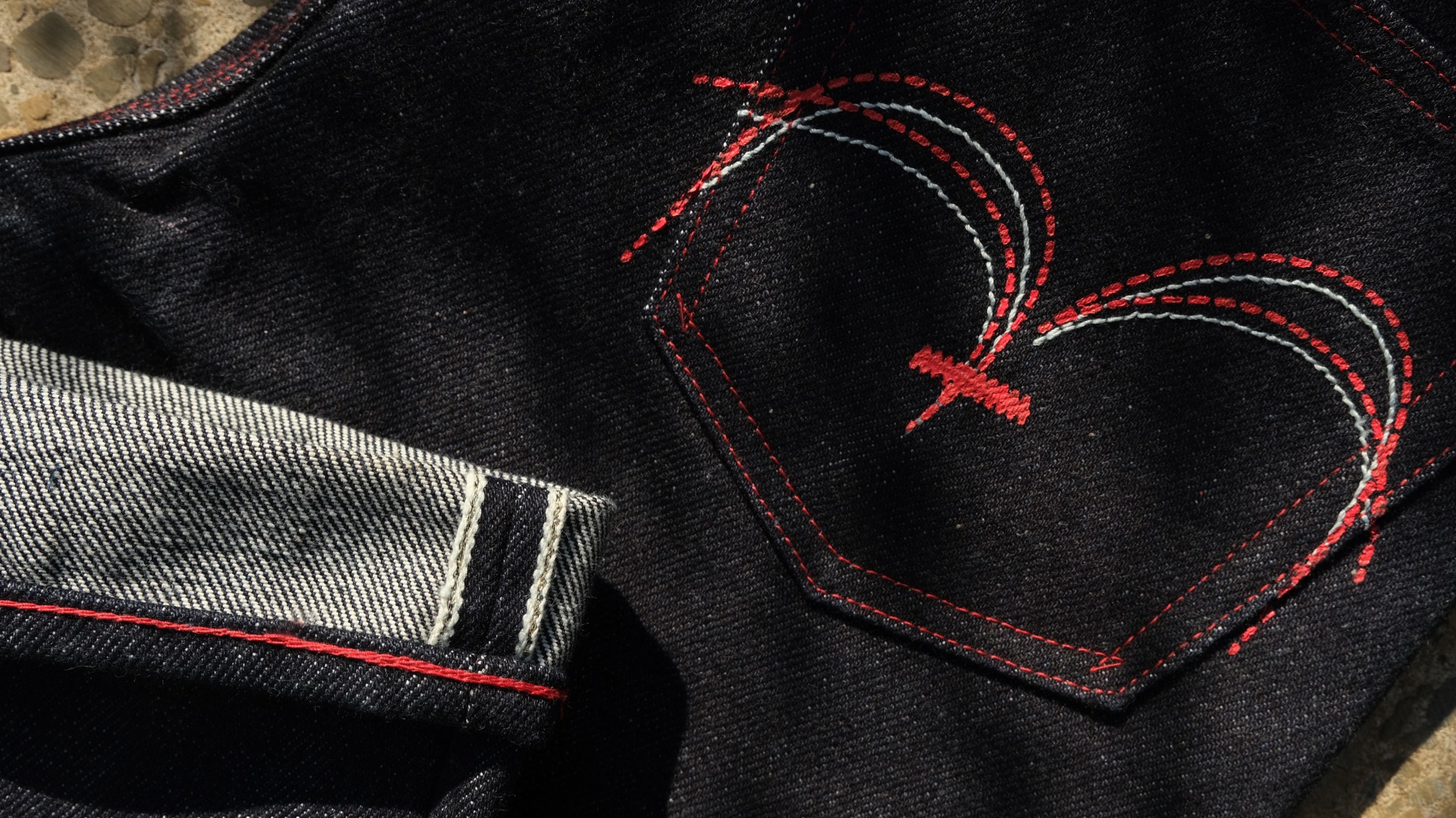 What better way for the sword-wielding crew over at Samurai Jeans to kick off 2022, than a truly heavyweight pair of Denim celebrating one of Japan's most revered warriors. "Ushiwakamaru" is the childhood name of Minamoto no Yoshitsune, a legendary military leader and swordsman who lived during the late Heian and early Kamakura periods. After both his father and two brothers were killed during the Heiji Rebellion of 1159, Yoshitsune fled to the mountains surrounding Kyoto. Seeking refuge at Kurama Temple, the young boy was inducted as a Buddhist Monk where he spent a number of years. Yoshitsune had greater ambitions however, and eventually parted ways with the temple to train in solitude, with the intention of becoming an adept swordsman. Legend has it that the mythical Tengu that inhabited the mountain woods taught Yoshitsune the art of swordsmanship during these years.

One of the famous stories involving Yoshitsune is his encounter with Musashibo Benkei. At the Gojo Bridge in Kyoto, Benkei on his mission to amass 1000 swords through duels with passing swordsmen confronted Yoshitsune upon seeking the final sword to complete his mission. Though Benkei was the much more imposing and physically strong of the two, the eventual outcome was unexpected. After an epic clash of swords, Yoshitsune emerged the victor and Benkei vowed eternal loyalty to him as a result.
The following years, Yoshitsune rejoined and fought alongside the re-established Minamoto clan in various battles of the Genpei War. Following a betrayal and eventual defeat at the Koromo River, both Yoshitsune and Benkei fought together until the bitter end, forever cementing their places in Japanese history.
The latest S710XX25oz-UW, feature Samurai's heavyweight 25oz. denim fabric, dedicated to an equally heavyweight warrior. Various design cues of this limited edition pair pay homage to the legendary story of Yoshitsune. In particular, the combination of white stitched and red painted arcuates is symbolic of the clash at the Gojo Bridge between Yoshitsune and Benkei. The white stitching construction is symbolic of the moonlight skies of the mountains where Yoshitsune once wandered.
A welcome touch is the addition of Samurai's now seldom seen Red Rayon tab attached to the fifth pocket of the Jeans. Gold metal "Hinode" buttons and check pocket bags featuring original "Ushiwakamaru" artwork complete this outstanding model, worthy of approval by Yoshitsune himself.
Sizing - Raw
expand_less
expand_more 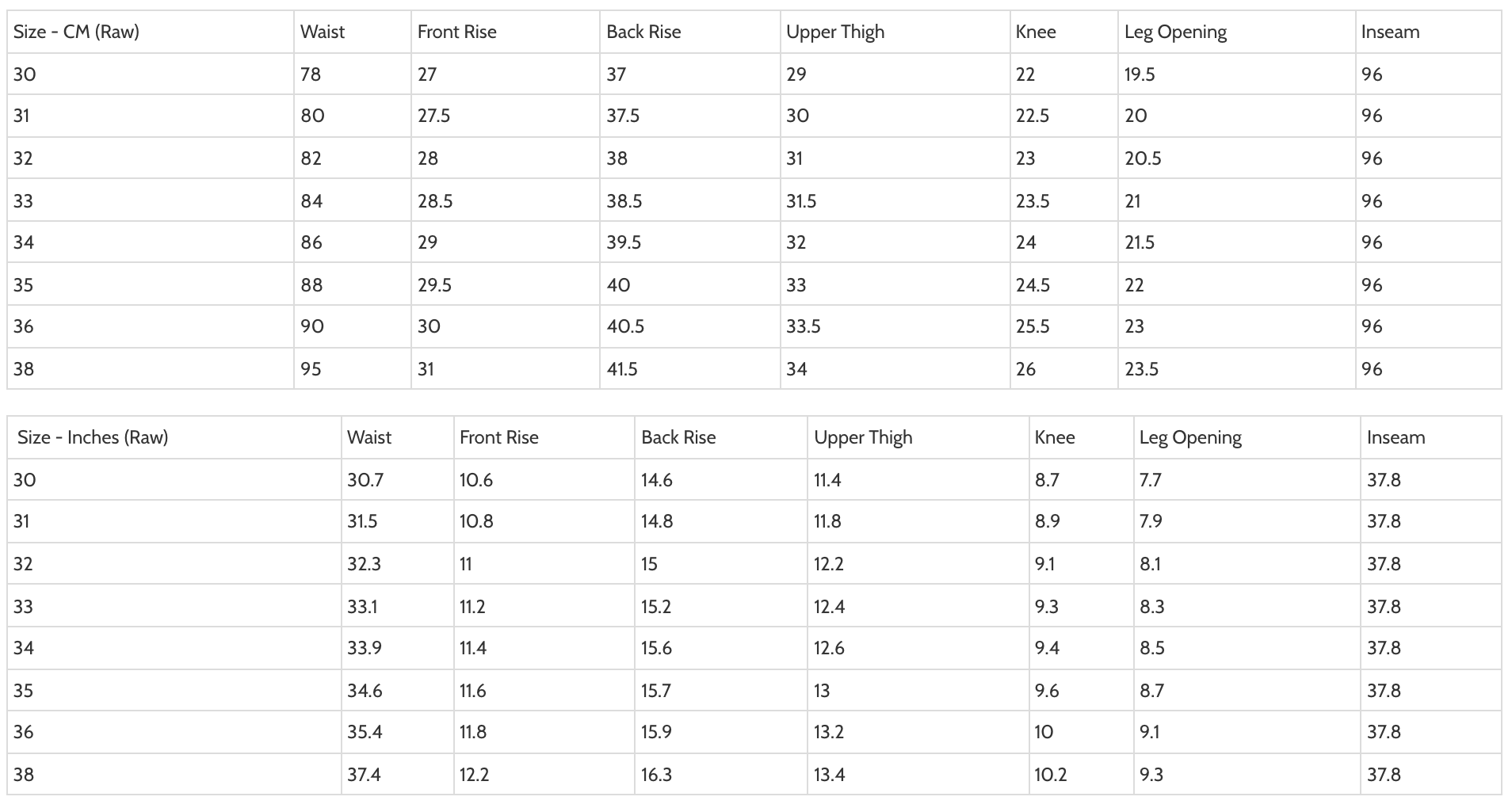 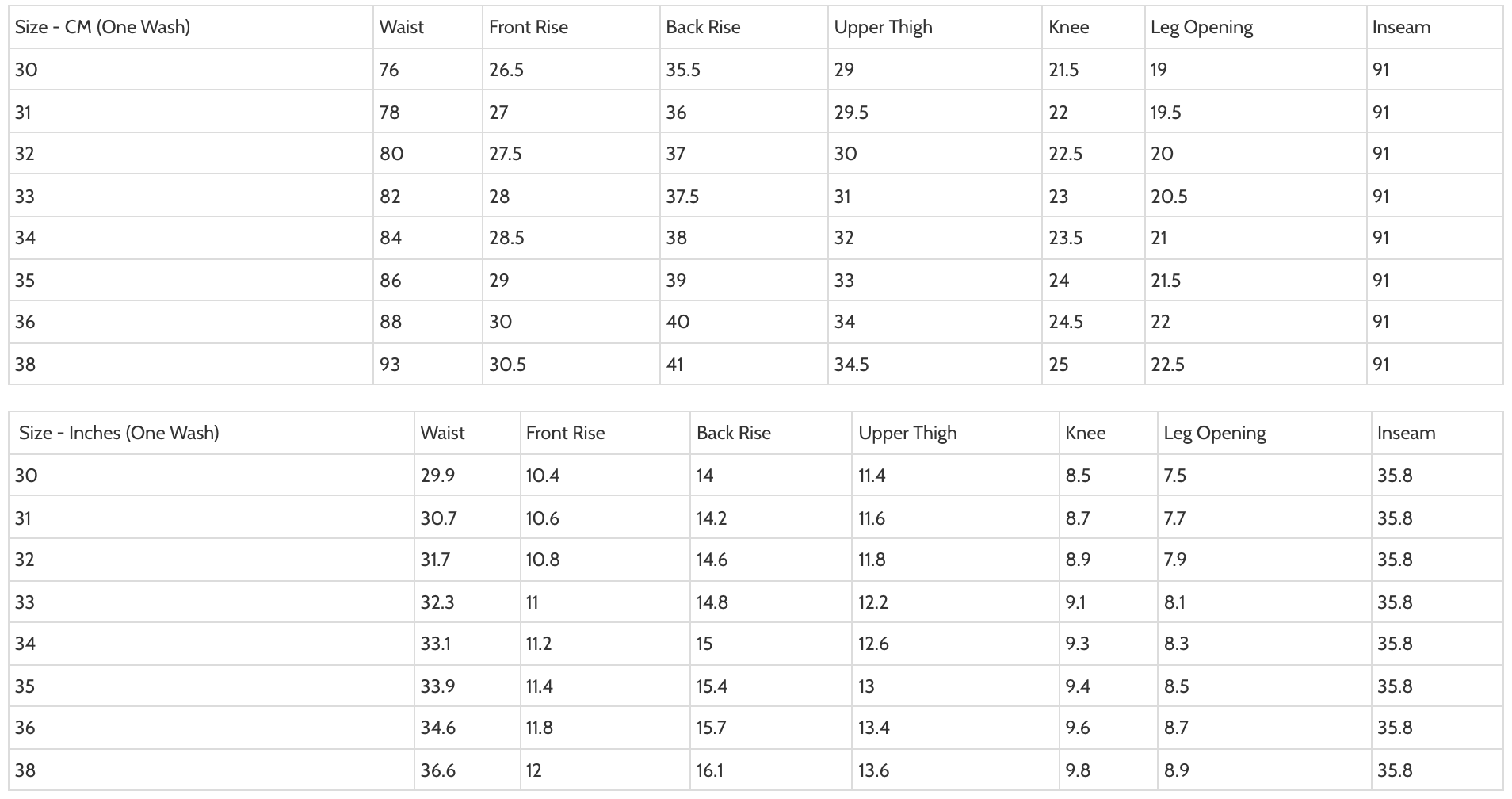 Also joining the ranks this week we have two new Work Caps, solidly constructed with heavyweight fabrics from Samurai's lineup. For a fresh fading project, Samurai's SJ201WC-710XX19OZ Work Cap features the same 19oz. Denim from their popular S710XX19oz. Jeans. If you are looking for a break from Indigo however, look no further than Samurai's SJ201WC-310DX-DC 15oz. Heavyweight Duck Work Cap.
Constructed under the lens of a classic 6-panel Work Cap motif, each hat features chainstitching construction on the underside of the brim along with an adjustable headband adorned with Samurai's original metal buttons. 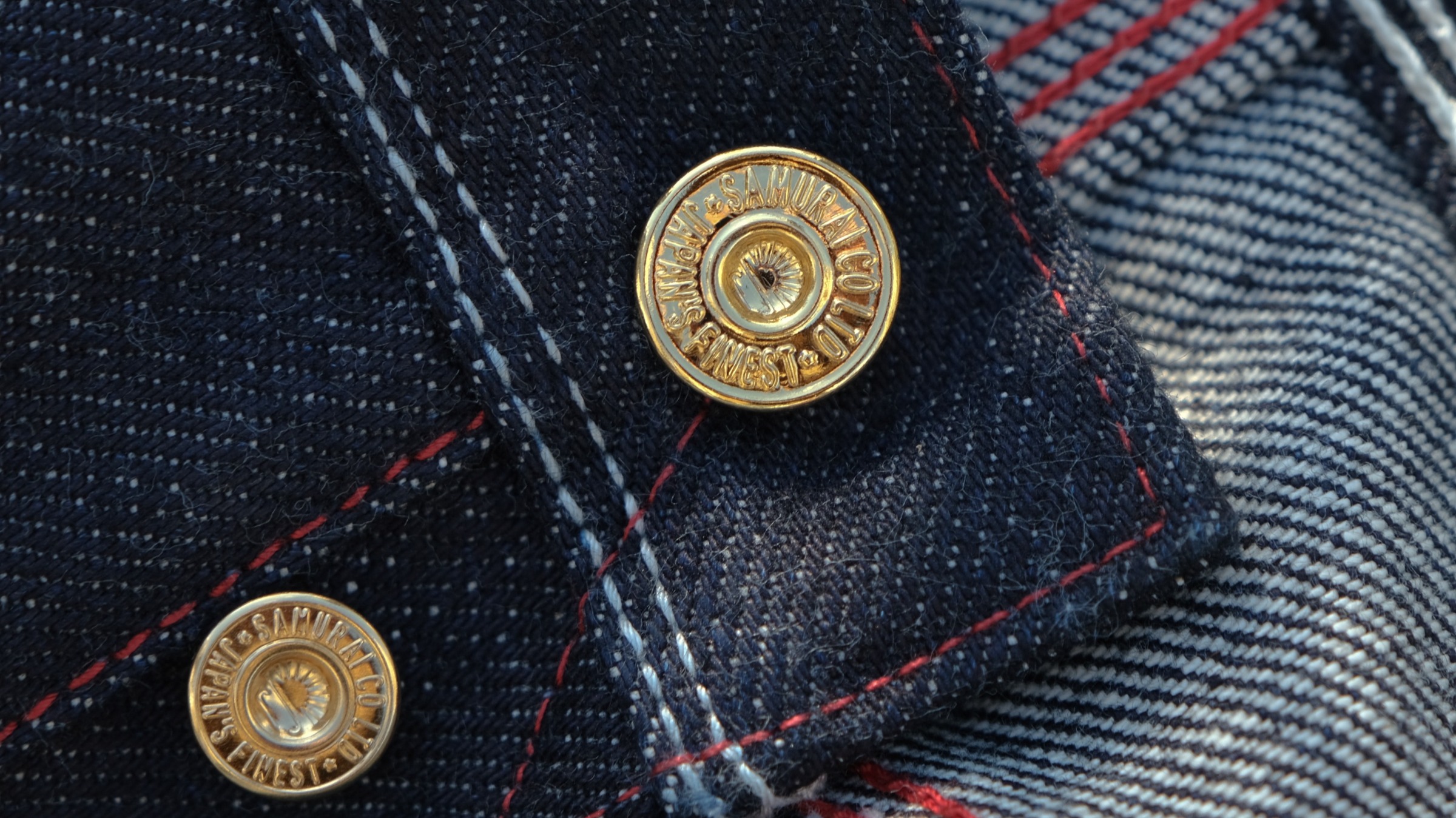