"Since finding the right jeans has become an obsession for many French people, we went to Tokyo to meet the master in the field." 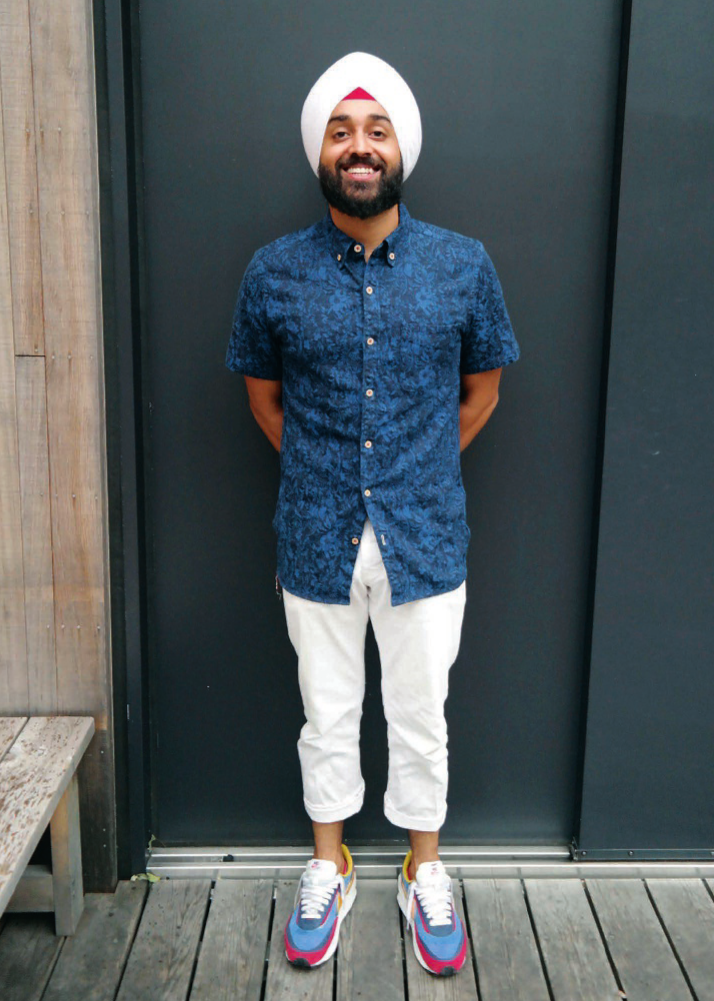 Photo courtesy of Boris Manenti, l'Obs Magazine
He is one of the types of people that represents “the cool”. Someone that inspires, stimulates, makes you want more. Mehervan Sethi is one of them. He welcomes us to a café in Daikanyama, a trendy district in Tokyo, where he recommends us to try the Cold Brew Tonic, a combination of cold-pressed coffee and sparkling water - surprisingly delicious.

This 34-year-old Japanese imposes his presence, far from the archetype associated with his nationality and marked by his dastar, the Sikh turban which he never fails to wear. Born and raised in Kobe, he represents the third generation of Indian immigrants from Bombay, who originally settled in Japan during the '50s. “I am 100% Sikh Indian by blood, Japanese by my daily life, and cosmopolitan by my education at the Kobe International School”.

A surprising definition, which nevertheless raises an uncertainty: “In fact, I am not really Japanese and not totally Indian. Deep inside, I feel Japanese and the places I associate with the idea of “home” are Kobe and Tokyo, but reactions of others around me are a constant reminder that I am not considered Japanese." There is deeply rooted discrimination in Japanese society – 97% of the population shares the same traits and are of pure Japanese ancestry. But Mehervan Sethi's response reflects almost like a certain Japanese philosophy. "There's no point in getting upset: it's not racism, just ignorance. Often, when I speak Japanese, I am answered directly in English. It's a common frustration but I'm aware that no one means any harm.” 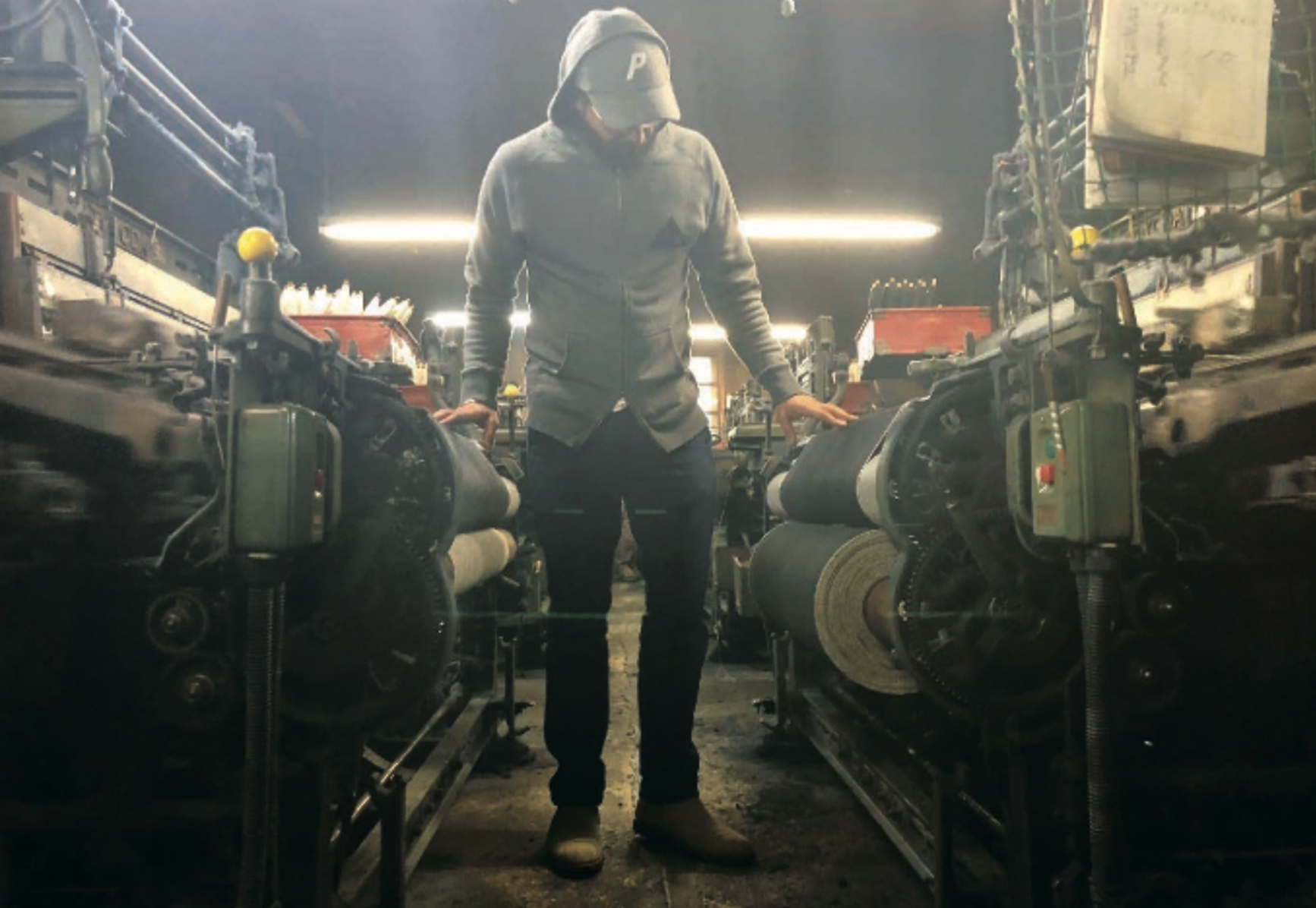 The embodiment of Modern Japan

The openness to foreigners in this archipelago lost in the middle of the Pacific and the recent tourist and immigrant worker policies push for greater cultural diversity, but habits die hard. "Japan is at an exciting time when there have never been so many non-Japanese people and there is a boom in tourism, which completely opened up the country to the outdoors, making them cognizant of different customs, new ways of dressing, expressing themselves, being… It's great to watch”, Mehervan Sethi, who illustrates this modern Japan, rejoices.
He will never criticize his country too harshly, which he praises for the quality of life, security, food, punctual trains, and... jeans. The Japanese might fixate on his turban but we should rather linger on his outfit: his neat beard opens on an indigo denim shirt with a floral pattern, followed by gorgeous white jeans rolled up above the ankles and a pair of colorful Air Max sneakers. A crazy elegance for the one who embodies his brand, Okayama Denim, which is on the way to establishing itself as one of the coolest in Japan.
After studying economics and international affairs in Boston, Mehervan Sethi worked for a year at the UN (United Nations) in New York - "I wanted to become a politician" - but he was revolted by bureaucracy. The earthquake northeast of Tokyo and tsunami of 2011, which led to more than 18,000 dead and missing, along with the Fukushima nuclear accident, prompted him to return to Japan and mobilize: he produced small denim bracelets sold at the time for $15. All the proceeds reverted to the Red Cross. It was a big success! And also a “revelation”, he says. 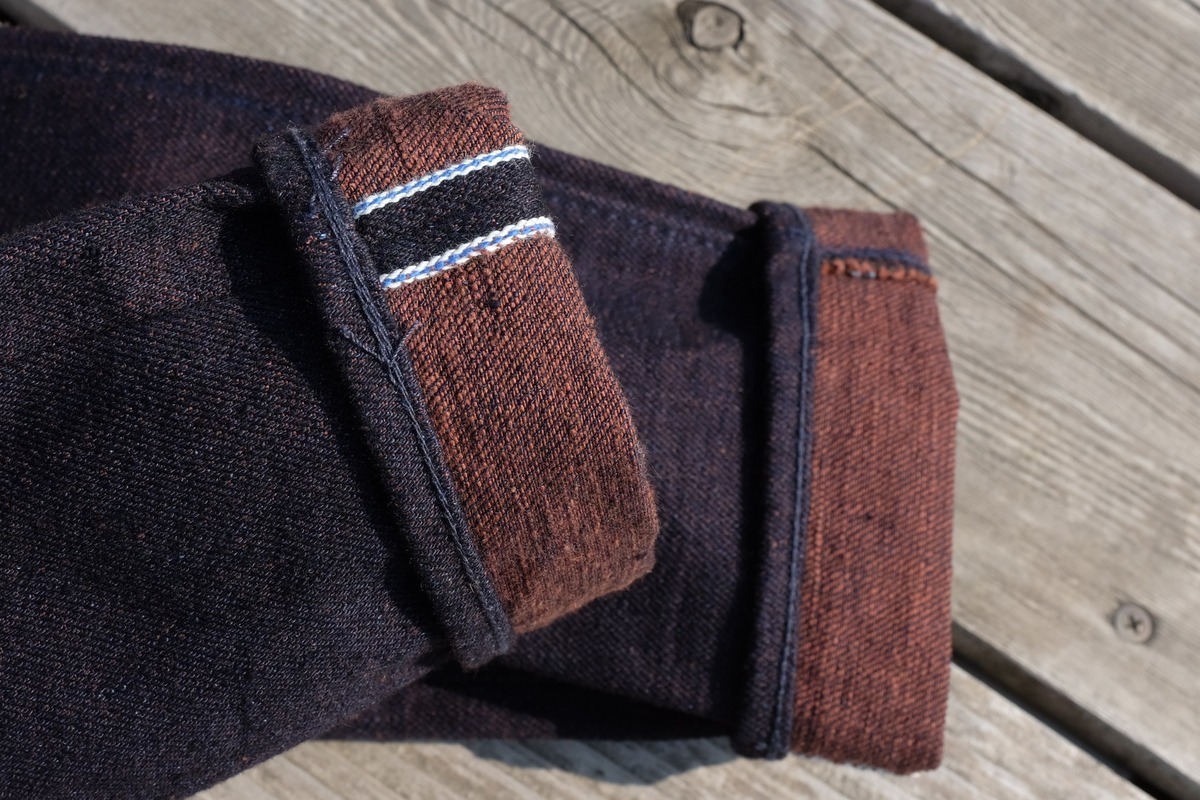 The Japanese "Selvedge" canvas, regognized worldwide as the best

Without knowledge of fashion design, he developed Okayama Denim: a 100% Japanese brand, a sales platform for Japanese jeans, and a tool for promoting local know-how. “I bought my first Japanese pair when I was 14, and it was a revelation: it was a different product, well-made and it lasted much longer.”
After the Second World War, the strong presence of American soldiers introduced blue jeans to Japan. It became the epitome of what would be called amekaji, the "cool" imported from the United States. In the '70s, factories in Kojima - located west of Kobe and Osaka - adapted their machinery from workers' and sailors' clothing to produce the first "made in Japan" jeans. This launched an entire industry, boosted by the success of this "Selvedge" canvas, which is recognized around the world, as the very best.
Okayama Denim quickly established itself as the reference e-commerce site for finding the best Japanese jeans and for the quality of their custom designs - sober, elegant, and timeless. "I'm not looking to follow the latest fashion, to leap on the latest trends, to display the most beautiful models. I just want to offer the best quality product possible.” Today, he delivers to 70 countries, including France - with several celebrity customers he prefers to keep quiet about - "but there are many of them, especially in America and England".

Okayama Denim's website is refined and just by its visual approach, looks more like a museum of Japanese jeans than a shop, proclaiming Japanese denim as a noble craft. "The Japanese go straight to the point, the pride is to always improve their know-how, their art, which makes production better than anywhere else.”

While talking about a less climate-polluting production of denim, using recycled cotton and bamboo cotton, on which he is working, Mehervan Sethi says that there is another more urgent local matter: the future of the sector. The population is aging and declining, young people are moving towards the tertiary sector in the central cities, rather than factories in small industrial towns where the heart of Japan lies.

“Under these conditions, how will this quality and knowledge be maintained? Automation does not entirely apply to the production of jeans, which still greatly relies on manual operations… We have yet to solve this problem.”

The Japanese government is working towards the dispatch of personnel to the country's factories - the only quick solution to this issue. Although it encounters friction, it could increase diversity and the emergence of new "cools", such as Mehervan Sethi himself.