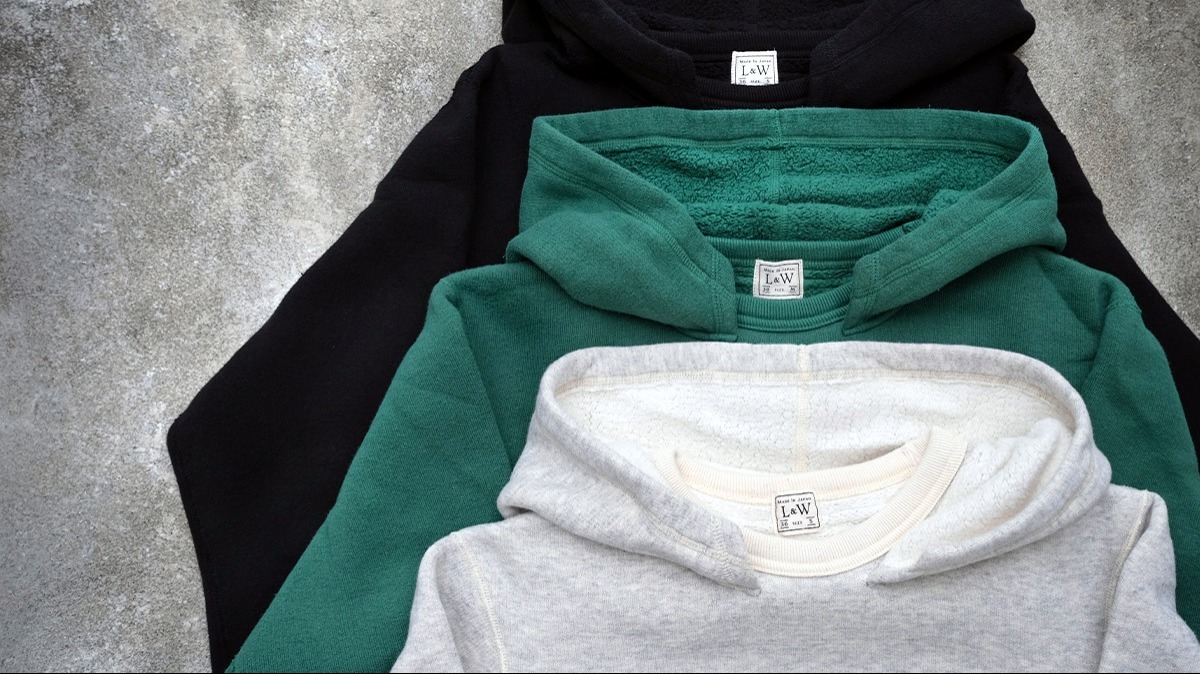 After turning into a winter staple from the Loop & Weft brand for the past five years, the Tompkins knitwear will not be produced again next year and thereafter as the ageing craftsman responsible for calibrating the storied weaving machine is retiring from the factory.

A fabric that we have held very dearly over the years, it's only fitting that we see the Tompkins series out with a bang, with this year's hoodies being some of the finest examples of sweatwear to date, thanks to the fine folks at Loop & Weft truly doing this weave the justice it deserves.

It's beggars belief to think that not only is the Tompkins Upright Rotary Machine close to 200 years old, but also that two of them managed to make it over to Japan and stand the test of time until now. It's thanks to the very slow and steady weaving pace of this machine, that the sweat material closely resembles in texture and weight to the original fabric from the 1800s. While most sweatshirts are produced using a thicker threading (30-ban in Japanese), the production of these Tompkins sweatshirts use a thinner 40-ban yarn to create a sweatshirt fabric that gives any Loopwheel sweatshirt out there on the market a serious run for it's money.

For the final encore of the Tompkins series, we will be stocking two types of after hood sweatshirts in a variety of colors. Connoisseurs of all-things-vintage will appreciate the "Double-V" version of the sweatshirt that features a classic V gusset on both the front and back of the garment. Both versions feature an after stitch hood, sewn onto a crewneck sweatshirt, which were commonly seen on vintage sweatshirt pieces from the 1930s and 40s in the United States. Custom ribbing construction featured on the neckline, kangaroo pocket and hem complete these pieces, giving each one the pat on the back it deserves after such a great run over these years. 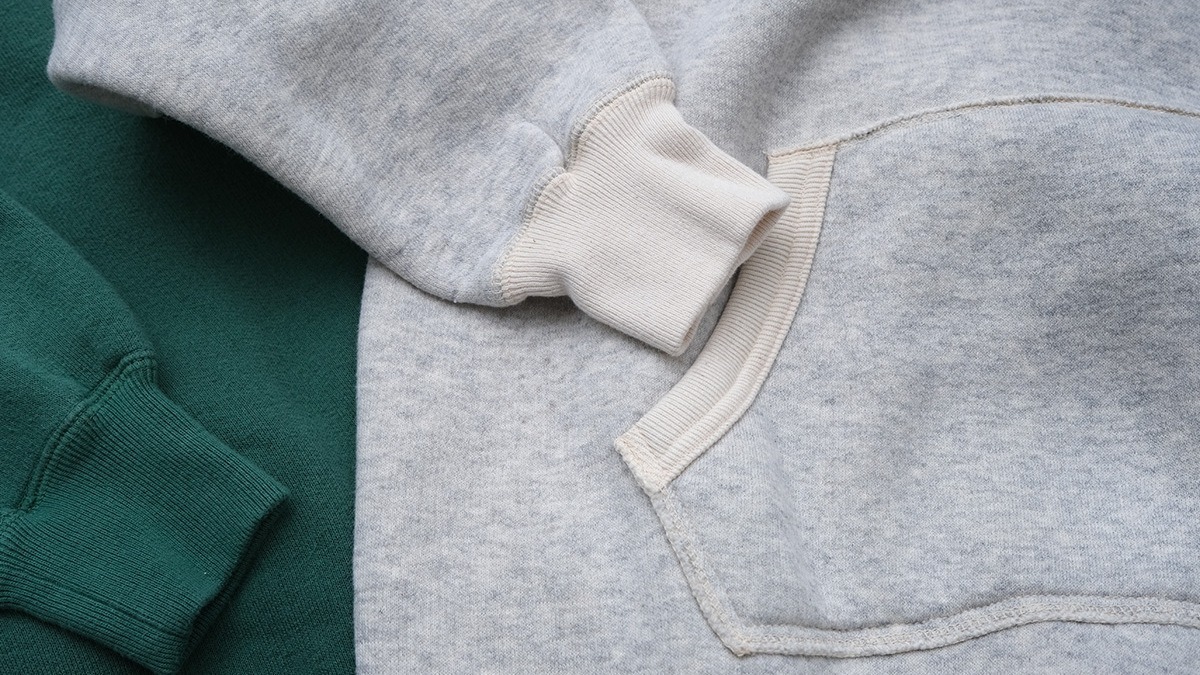 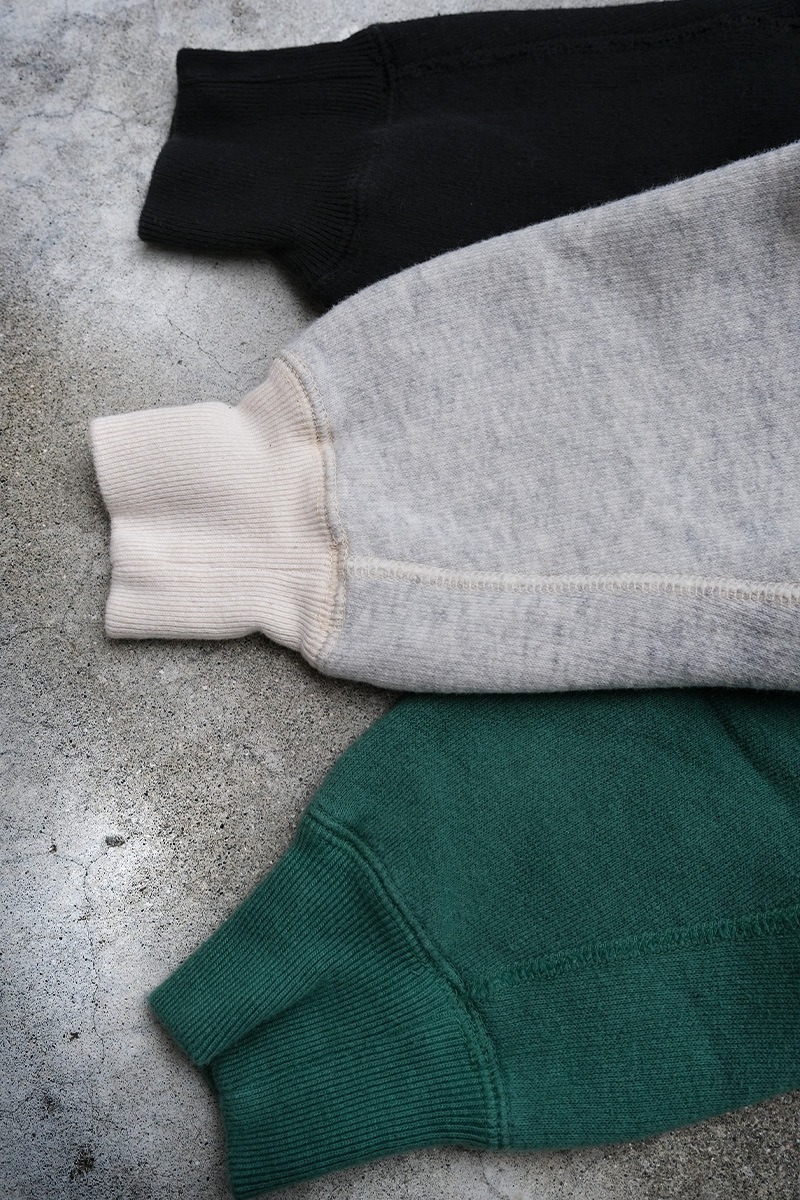 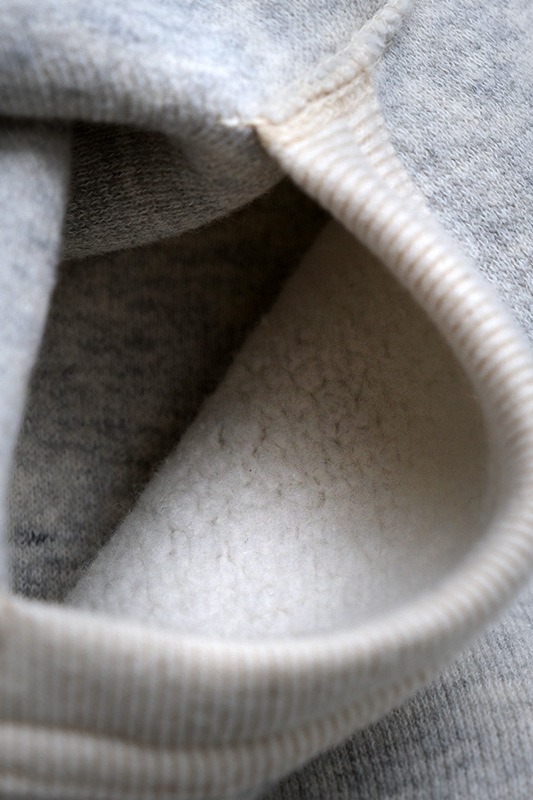 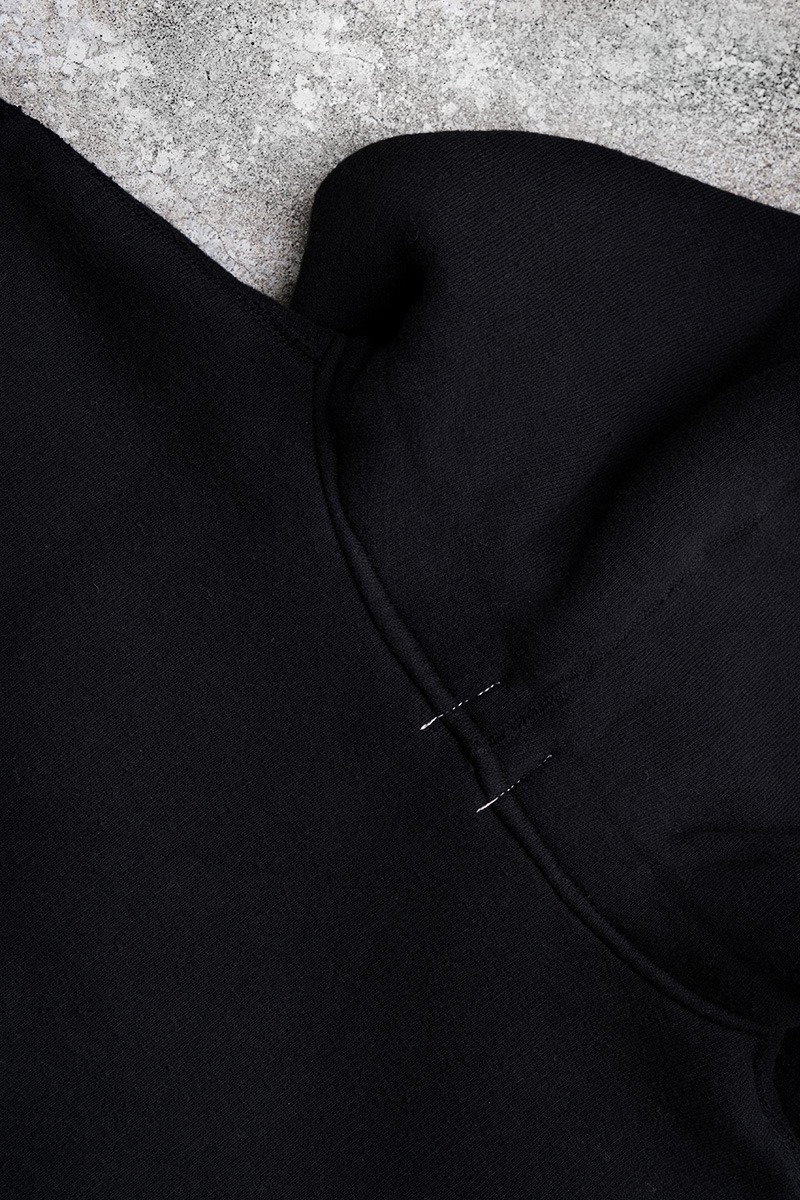 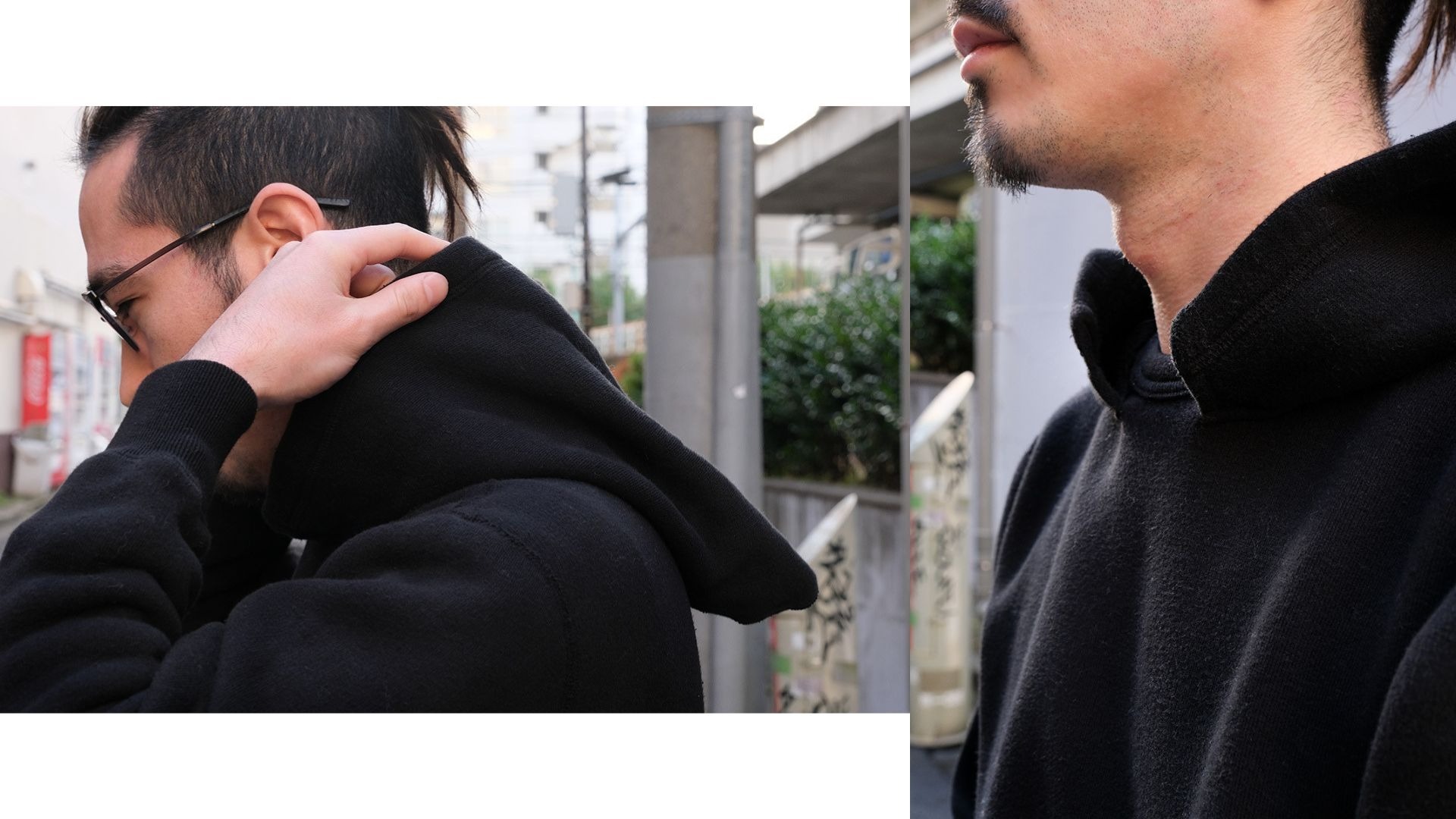 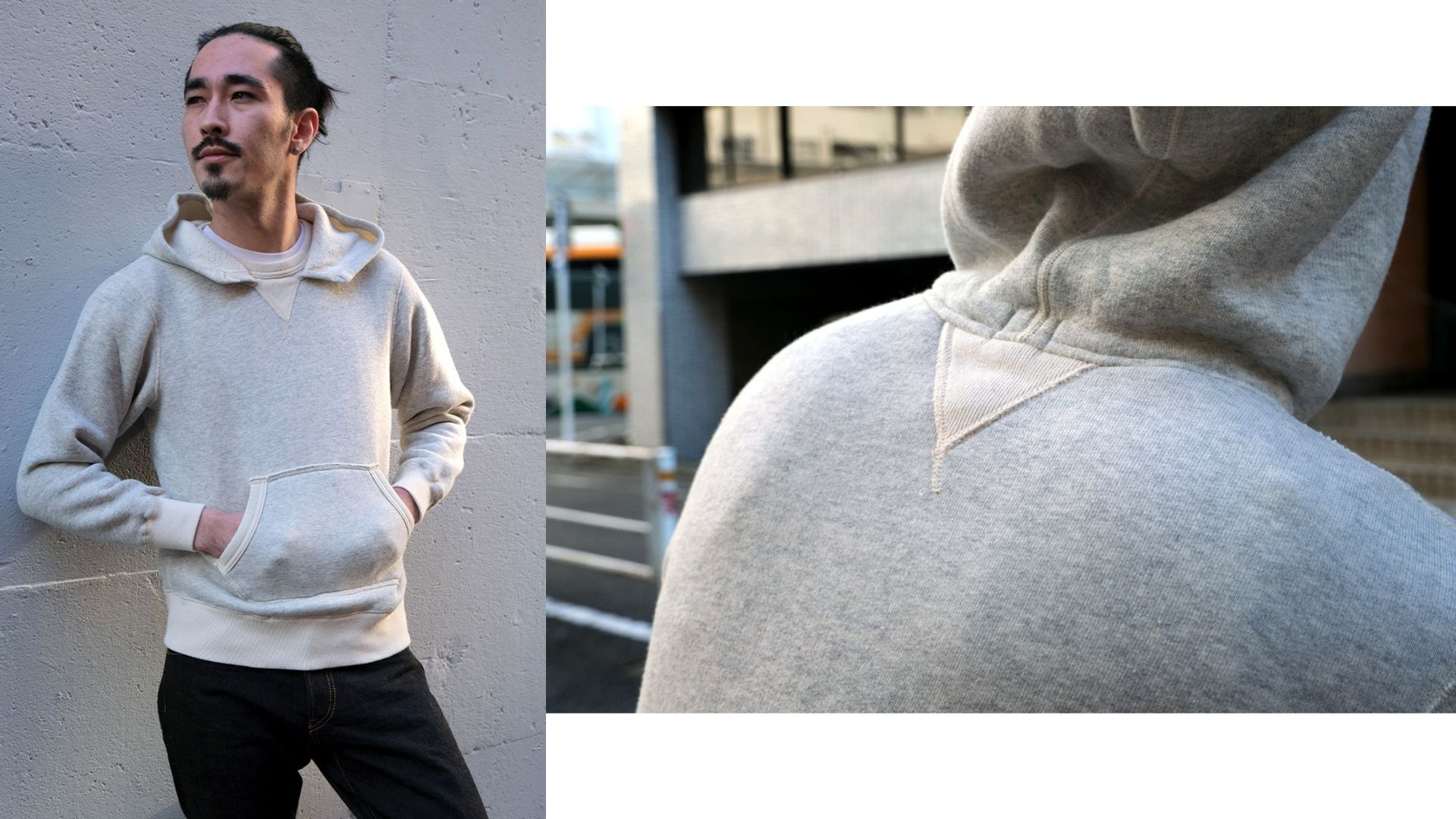 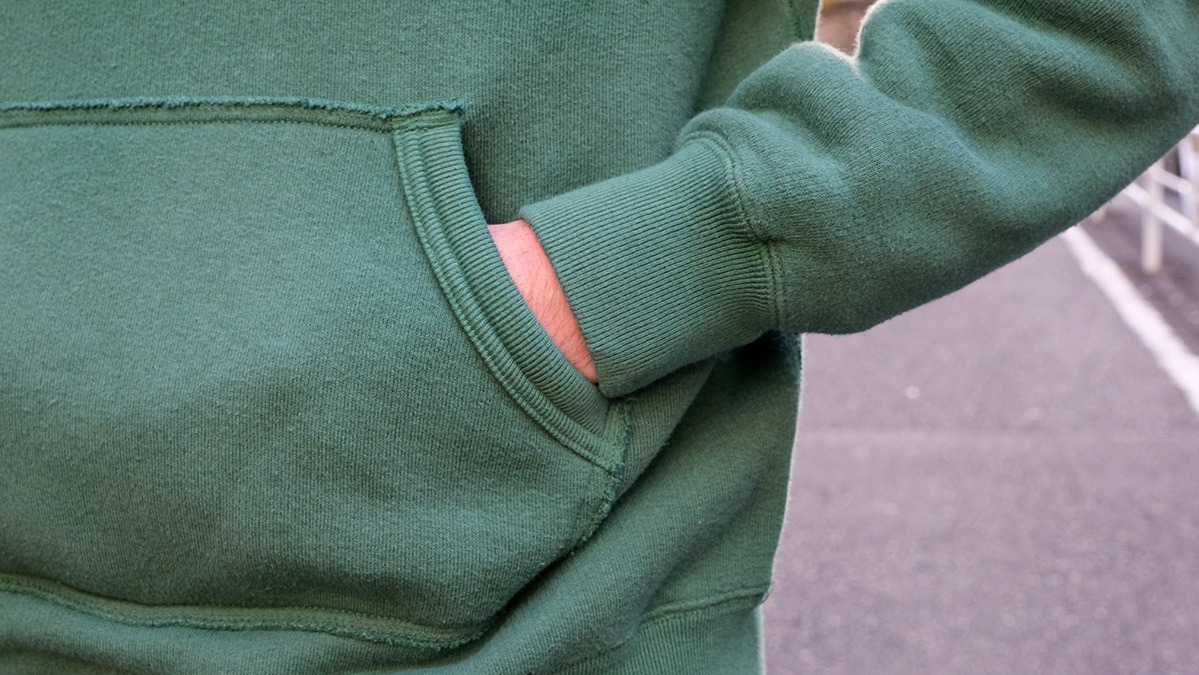